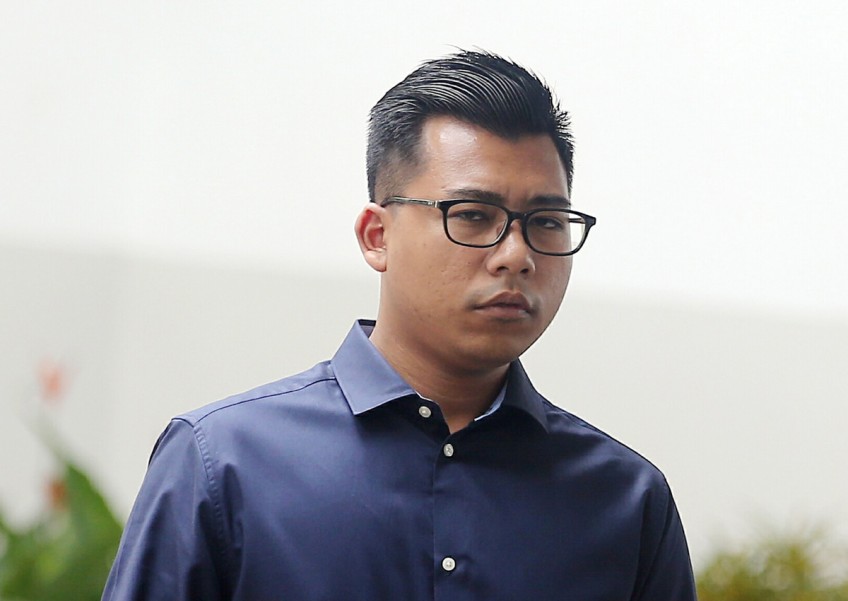 He first threw a cat from the 10th floor of a block of flats in Tampines.

When he found that the cat was still alive, Fajar Ashraf Fajar Ali, 25, slammed it on the ground to make sure that it died.

Ashraf, who works as a supervisor in the food and beverage industry, was yesterday jailed for 18 weeks on two counts of animal cruelty on May 26 last year.

Deputy Public Prosecutor Soh Weiqi said that at 1.07am that day, Ashraf had left home to look for cats to play with.

About half an hour later, he saw a female shorthair cat at Block 884, Tampines Street 83 and lured it into the lift with cat food.

He took the cat to the 10th floor and played with it.

When it tried to run away, he threw it from the 10th floor.

He left after making sure that the cat was dead.

His lawyer, Mr Amarjit Singh Sidhu, said Ashraf was deeply remorseful for his actions and regretted mistreating the cat and causing its death.

In mitigation, he said Ashraf was a first-time offender and was not likely to do it again as he was ashamed to have caused embarrassment to his family.

Ashraf stated he had committed the various acts against the cat out of frustration that cats did not seem to want to go near him.

The Agri-Food and Veterinary Authority of Singapore said in a statement yesterday that it condemns animal cruelty.

In 2006, David Hooi Yin Weng, then 42, was jailed for three months for rubbing the eyes of a kitten and beating its head repeatedly.

The cat was put to sleep.

This article was first published on March 14, 2017.
Get a copy of The Straits Times or go to straitstimes.com for more stories.