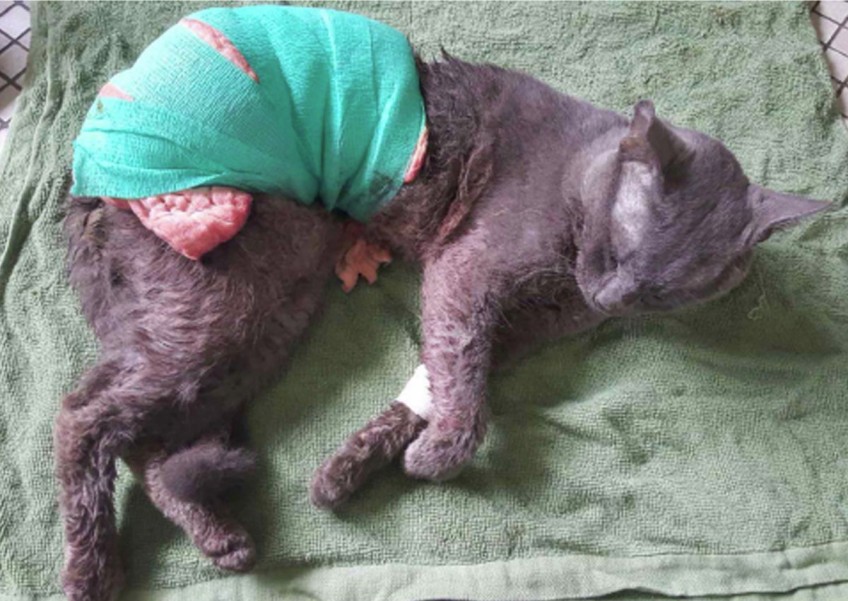 A 67-year-old man went ballistic when he caught his neighbour's cat mating with one of his pet felines at his doorstep.

He took a carving knife and slashed the male Russian Blue cat. The attack was so severe that the intestines of the animal spilled out and it died the next day.

Preventive detention is for repeat criminal offenders like Tan who has a record of committing violent crimes.

The Agri-Food & Veterinary Authority of Singapore (AVA) swung into action when it was alerted to the case of animal cruelty at Spooner Road on Jan 30 this year. Its investigation pointed to Tan as the suspect.

Tan subsequently admitted to harming the cat with his knife, said AVA in a statement today (Sept 26).

He had pleaded guilty in court on Aug 29.

The court heard that Tan and his neighbour Muhammad Bakhtiyar Jaffar were not on friendly terms since last year after Tan fed one of Muhammad's pet cats with food that he didn't think was suitable.

On Nov 2 last year, Tan bought a chef's carving knife with a 36cm blade and placed it by his main door "in case (Bakhtiyar) came to his flat".

A few months later, Tan caught Vamp mating with one of his cats one night and chased him away. But Vamp returned at around midnight to resume the mating session outside Tan's home.

The court heard that he flew into a rage, reached for his knife and sliced Vamp in the abdomen.