Man with sword on train gets 7 weeks' jail 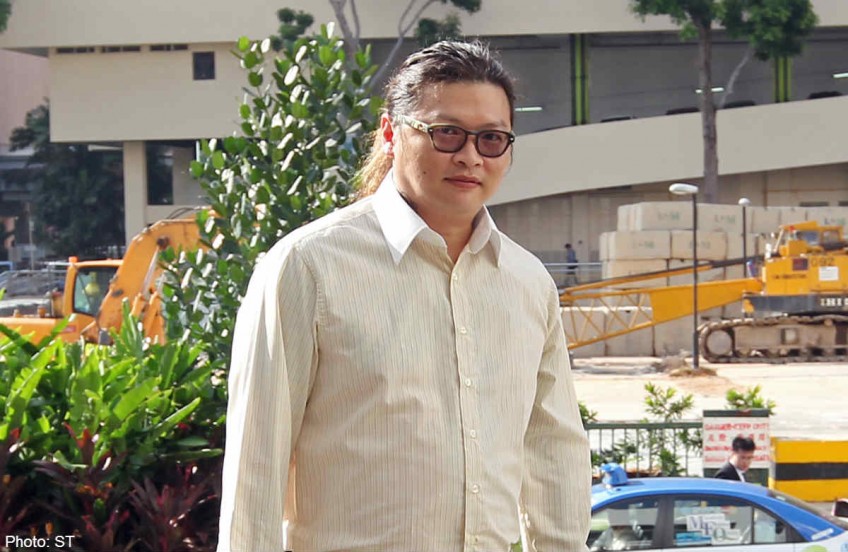 A "samurai" who got on a train brandishing a sword which he swung at police officers was jailed for seven weeks yesterday.

Four other charges, including one of outrage of modesty, were considered during his sentencing.

Deputy Public Prosecutor Siti Adrianni Marhain said that at the time, Chua was the highest-ranking member of the Eishin Ryu Iaido martial arts school, which was set up about three years ago.

That day, he wore a samurai outfit and carried the weapon known as a katana on a bus to Paya Lebar MRT station.

When he got off, he poked a passenger's abdomen with the sword tip, leaving a red mark. He leapt over a fare gate and got on a train. Three TransCom officers boarded in a bid to intercept him.

After changing lines, they caught up with Chua on a train to Dhoby Ghaut but when they asked him to get off, he turned aggressive.

The officers tried to calm him down, but he kept shouting and pushed one of them in the chest. When they warned him, he unsheathed the sword and swung it in a threatening manner. Chua alighted at Dhoby Ghaut and then caught another train to City Hall. There, he touched the buttocks of a woman on an escalator.

He was arrested later in Jalan Pisang, off North Bridge Road.

Seeking a jail sentence, Ms Adrianni told District Judge Ng Peng Hong that Chua "caused fear and alarm to the public" and "showed clear disregard for the law by refusing to comply with the orders of transport officers".

Judge Ng agreed with the prosecutor that not much weight should be given to Chua's substance-induced psychosis.