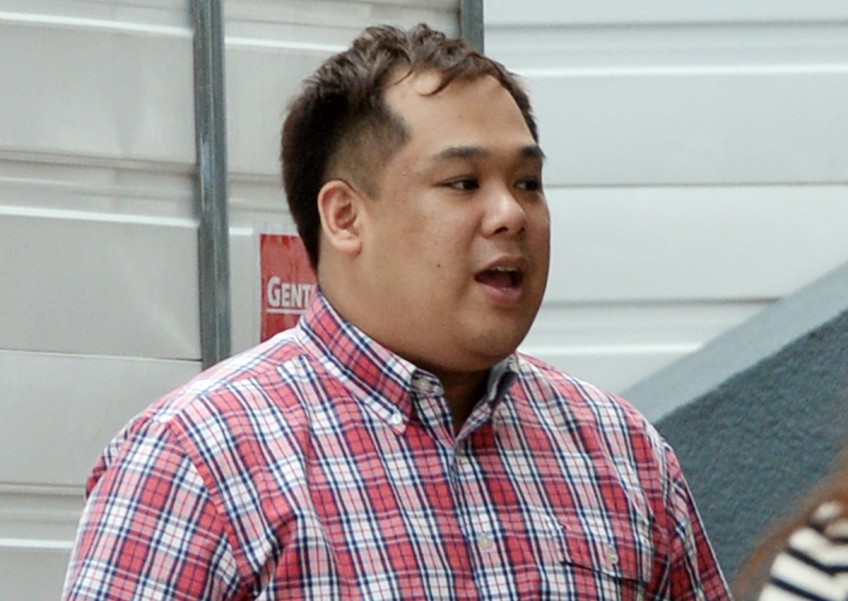 Vincent Ng Hian Gee (above) had a sexual relationship with a male teacher, and allegedly threatened to expose their trysts to the Ministry of Education (MOE) and his partner’s school.
The Straits Times

But being a married man did not stop Vincent Ng Hian Gee, now 35, from having a sexual relationship with a 45-year-old male teacher in early September 2013.

After finding out about the older man's occupation, Ng decided to extort from him $197,000 in cash and various goods worth $51,869 in all.

The items included four Chanel bags, a gold pendant, a gold chain and a Rolex watch.

He threatened the man by saying that if his demands were not met, he would inform the teacher's school and the Ministry of Education (MOE) about their "homosexual relationship".

Ng pleaded guilty in court yesterday to one count of extortion.

Seven other extortion charges will be taken into consideration during sentencing. He committed the offences between Sept 18, 2013 and March 12, 2014.

Ng, who is jobless, met his victim through a gay community website in late August 2013.

The teacher, who cannot be named due to a gag order, invited him to his home early the next month and they had sex. However, the older man later felt uncomfortable and asked Ng to leave.

Deputy Public Prosecutor (DPP) Nicholas Wuan said: "Subsequently, the accused found out through the Internet that the victim was working as a teacher. The accused then started sending text messages to the victim to harass him."

The court heard that Ng demanded large amounts of money from his victim to "compensate" him.

Fearing for his reputation, the older man gave in as he was worried that he would lose his job as a teacher.

When the teacher ignored him, he threatened to go to his school and report the matter to the MOE.

The men went to Tampines Central DBS Telepark, where the teacher withdrew $60,000 in cash.

After handing over the money, they went to Marina Bay Sands, where Ng made the teacher buy him a Chanel bag worth $3,900.

Ng later asked his victim to transfer another $10,000 to his bank account and the teacher complied.

DPP Wuan said that the teacher "suffered from the accused for a period of about six months".

Stressing that the teacher's entire life savings had been "gouged out", he urged the court to sentence Ng to at least four years' jail with three to four strokes of the cane.

He said: "As the accused had gambled away the extorted monies, he has only been able to provide restitution of $24,000 to date.

"He has also returned the Rolex watch, gold chain and gold pendant to the victim."

Ng's lawyer, Mr James Ow Yong, asked for his client to be given the "minimum sentence".

For extortion, he can be jailed up to seven years and caned.

This article was first published on Jan 13, 2016.
Get The New Paper for more stories.