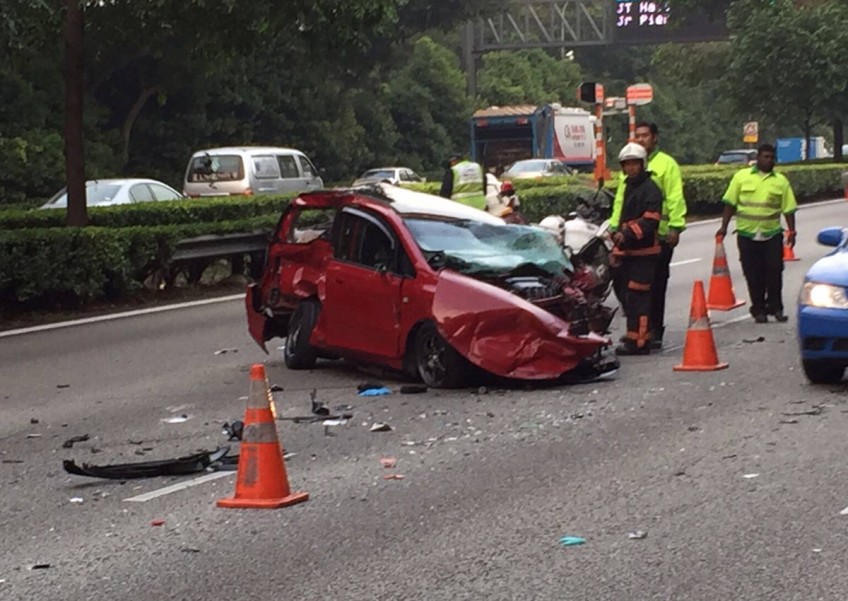 SINGAPORE - A 63-year-old man who is believed to have driven a red Honda against traffic on the Ayer Rajah Expressway (AYE) on Monday morning, has been arrested.

The police said on Tuesday they were still investigating the eight-vehicle pileup, which involved a motorcycle, lorry, two cars and four taxis.

It occurred near the South Buona Vista exit at around 6am. The accident was on the side of the expressway towards Changi.

Three people were sent while conscious, to the National University Hospital, said the police. One of them was the 63-year-old man who was arrested in connection with the case. The man, surnamed Leow, is believed to be on his way to his workplace in Jurong when the accident happened.

Shin Min Daily News reported that three foreign workers also suffered minor injuries. One of the workers told Shin Min that the red Honda crashed into the taxi, spun on the road, and hit the lorry they were on.

As the accident happened just before the morning peak hour, it resulted in a traffic jam lasting more than two hours, reports said.

The video below shows the aftermath on the AYE as a motorist drove past the accident scene.

This article was first published on Sep 22, 2015.
Get a copy of The Straits Times or go to straitstimes.com for more stories.