Man who posed as cop and raped 16-year-old girl sentenced to 12.5 years' jail and 11 strokes 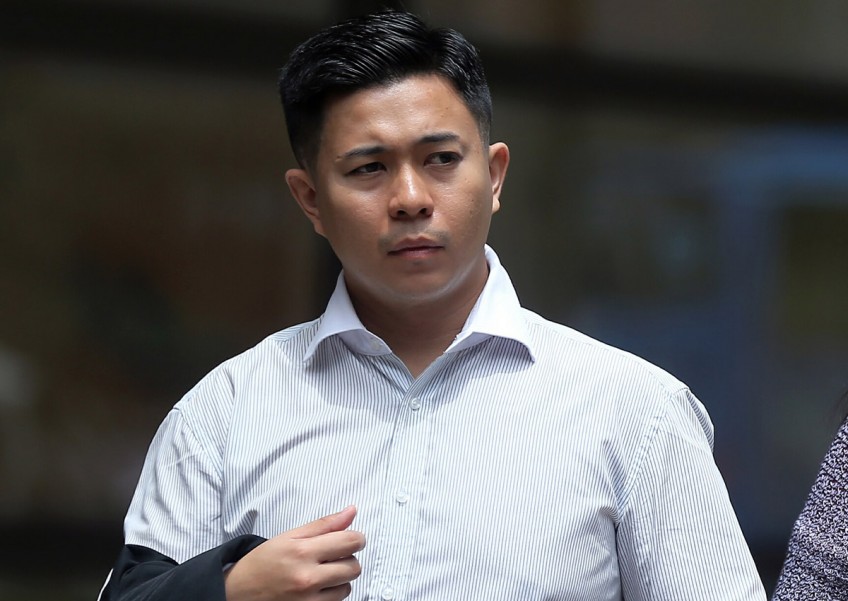 Firman is charged with one count each of rape, sexual assault and pretending to be a public servant.
The Straits Times

SINGAPORE - A former pizza deliveryman was on Wednesday (July 13) sentenced to 12½ years' jail and 11 strokes of the cane by the High Court for posing as a policeman and raping a 16-year-old girl he had "caught" having sex with her boyfriend in a HDB stairwell in Woodlands.

The wife and two-year-old daughter of Muhammad Firman Jumali Chew, 30, were in court as he was first found guilty of, then sentenced for, three charges of rape, sexual assault and impersonating a police officer.

The prosecution's case is that after observing the teen couple having sex at Block 362, Woodlands Avenue 5, Firman told them he was a policeman and asked for their identity cards. He then sent the boy away before taking the girl to Block 359, where he raped her.

A bystander, lift technician Tung Shue Kiong, said he sensed that something was amiss when he saw Firman and the girl at Block 362. After getting the story from the boyfriend, Mr Tung searched five blocks of flats and eventually confronted Firman at Woodlands bus interchange.

The girl made a police report that night and Firman's identity was established from semen on her underwear. It emerged on Wednesday that he has past convictions for housebreaking, theft and fraudulent possession of property.

During the rape trial, Firman claimed that the girl had led him up the stairs at Block 359, pulled down his zipper and sexually violated him while he looked at the ceiling with his arms by his side.

Firman also painted Mr Tung as a pervert. He claimed that he caught Mr Tung crouching at the stairwell, touching himself while peeping at the teen couple having sex.

On Wednesday, Judicial Commissioner Hoo Sheau Peng said Firman's account was "completely unbelievable, incredible and inconsistent" with objective evidence and the testimony of other witnesses. On the other hand, the victim's testimony was "clear, coherent and consistent".

The judicial commissioner dismissed Firman's accusations against Mr Tung as "unsubstantiated". She also found that Firman's claims of being tortured by the police after his arrest to be unfounded.

Deputy Public Prosecutor Sharmila Sripathy-Shanaz had sought a sentence of 13½ years' jail and 11 stokes of the cane. "The evidence reveals a guile and cunning sexual predator who manipulated an innocent teenager into satisfying his depraved lust," said the DPP.

Firman's lawyer, Mr Ravinderpal Singh, asked for 10 years' jail instead, noting his low IQ and his delusional beliefs of persecution and jealousy.