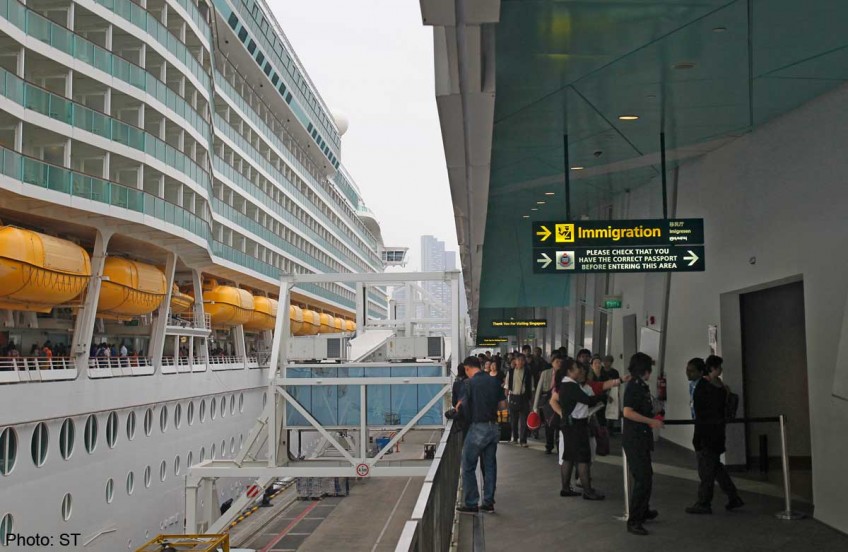 Traffic on the roads around the Marina Bay Cruise Centre Singapore (MBCCS) came to a standstill on April 10 when two large cruise ships docked at the passenger seaport on the same morning.

Between them, the luxury liner Queen Mary II of the Cunard Cruise Line and Voyager of the Seas, operated by Royal Caribbean International, can take more than 5,000 passengers. It created a bottleneck of vehicles arriving and going.

Though that incident was especially protracted, traffic congestion is one of a string of problems to plague MBCCS since it began operations in May 2012. Passengers have complained about long waits at the immigration checkpoints and for taxis.