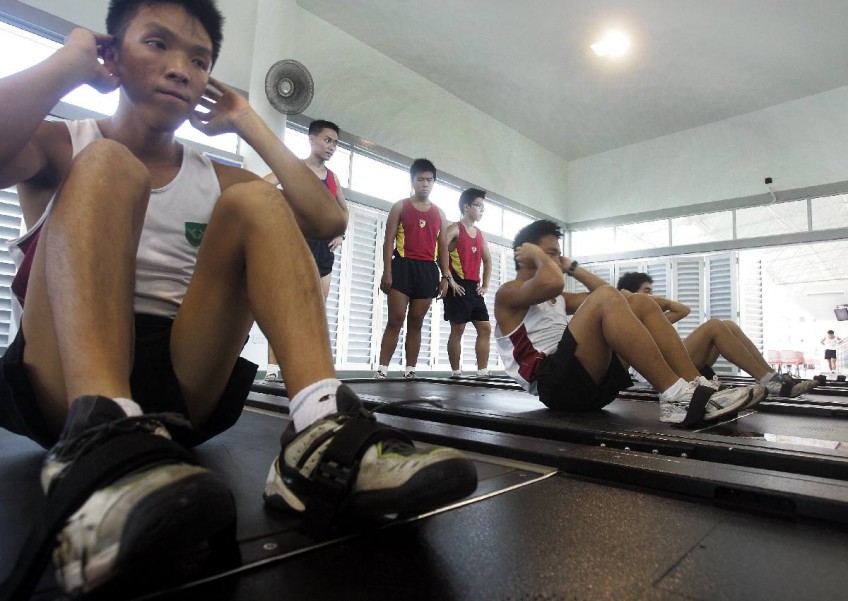 SINGAPORE - The mastermind of an Individual Physical Proficiency Test (IPPT) cheating scheme was jailed for 18 months on Monday (March 20).

During that time, he performed IPPT on behalf 72 operationally ready national servicemen (NSmen).

On Monday, he pleaded guilty to 20 of the charges and the total amount of involved was $8,000.

The remaining 73 charges were taken into consideration during sentencing.

According to court documents, Lim and two accomplices - Nicholas Tan Kun Sung, 37 and Kho Puay Meng, 39 - entered various army camps to perform IPPT on behalf of their clients who were all NSmen.

Of the trio, Lim was the only one who interacted with the clients.

He would then register for IPPT on his clients' behalf.

DPP Ng said: "In return, depending on whether the accused obtained a gold, silver or pass with incentive award, the accused would receive the corresponding incentive payout disbursed by the Ministry of Defence to the NSmen as payment."

For instance, if he obtained a gold award, he would receive $400.

Occasionally, Lim would ask certain clients to pay an additional $50 fee on top of the incentive award for engaging his services.

If the client agreed on his terms, he would ask for their personal details and use them to register online via the NS portal.

He would use his clients' account and choose a suitable time slot to take the IPPT at one of the many army fitness centres islandwide.

He would then meet his clients to collect their identity documents such as their NRICs and driver's licences, to facilitate his own entry into the centres.

At the scheduled slot, he would either go to the centres himself or engage his accomplices to do so.

Where Tan and Kho were involved, Lim would give them a cut of the incentive payout, said DPP Ng.

Lim was caught on Dec 6, 2014 after a fitness trainer at Khatib Camp recognised him as he went there a few weeks before.

DPP Ng said: "Upon performing the relevant searches of Lim's IPPT records on the online system and of Lim's belongings, it was discovered that Lim was taking the IPPT on behalf another NSman."

The Singapore Armed Forces (SAF) Provost started its investigations soon after this and the matter was referred to the police in April 2015.

Lim's clients were dealt with internally by the SAF and on Sept 13, last year, Kho was jailed for two months after pleading guilty to one charge of conspiring to cheat.

For each count of cheating, Lim could have been jailed up to 10 years and fined.

This article was first published on March 20, 2016.
Get a copy of The Straits Times or go to straitstimes.com for more stories.