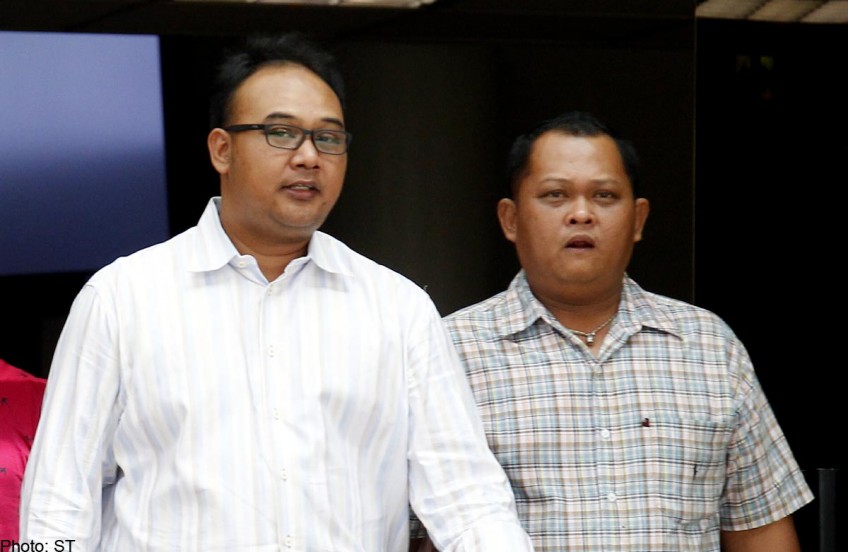 Mohammed Eunos Zakaria was involved in the elaborate insurance claims scam from “beginning to the very end”, said the judge.

A FORMER bus driver who masterminded a staged accident involving four vehicles and claims of about $57,000 was jailed for three years and two months yesterday.

Mohammed Eunos Zakaria, 39, was convicted of six charges of cheating by orchestrating an accident along Sembawang Drive on July 27, 2009.

Eunos, who works as a chauffeur, was found guilty after a two-day trial of conspiracy to cheat three companies - Rentokil Initial Singapore, NTUC Income and Tokio Marine Insurance.

The companies were deceived into believing that a van and three other cars were involved in a collision, with claims for injury and damage amounting to $57,132 filed. The total payouts involving Eunos was $25,232.

Eight other accomplices pleaded guilty last year and were each jailed between six weeks and six months.

Seeking a jail term of at least 38 months, Deputy Public Prosecutors Leong Weng Tat, Nicholas Khoo and Nathaniel Khng said in their submissions that Eunos played a pivotal role in the staged accident.

The evidence clearly showed that he was one of the organising minds for the accident, they said.

Of the four vehicles involved, Eunos procured three through his contacts.

Mr Leong said Eunos was also involved in the actual direction and execution of the staged accident, and later followed up by getting the documentation required for the false claims.

Without Eunos getting the three vehicles during planning and conceptualising stages, it would have been impossible for the group of cheats to even stage the fake accident, Mr Leong added.

Another aggravating factor is the difficulty of detection, he said.

The prosecution also submitted that Eunos told lies in court and made unfounded allegations against the law enforcement officers.

He showed "utter lack of remorse" by interfering with police investigations in trying to tamper with witnesses.

"The manner in which the accidents were staged was well arranged," he said.

It is difficult to detect such fake accidents as they appear to be like any other accident.

Judge Liew said Eunos was involved "from the beginning to the very end".

The victims in such fraud cases are insurers and the public, Mr Leong said.

He quoted a newspaper report that said fraudulent motor insurance claims has resulted in higher insurance costs across the board, and affected not just vehicle owners but also the public.

Eunos could have been jailed for up to 10 years and fined on each charge.