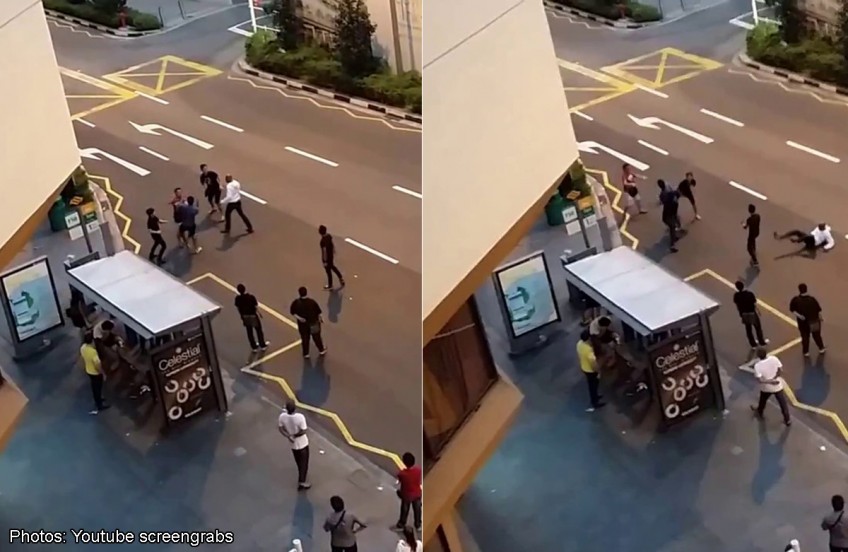 Update: SINGAPORE - Three men were arrested in connection with a brawl which took place outside Orchard Towers on Thursday (July 17) at 7am.

A police spokesman told The New Paper that a case of rioting was reported at the taxi stand at Claymore Drive, and added that investigations are ongoing.

Argument descends into chaos as men brawl all over road near Orchard Towers published on Stomp, July 20

SINGAPORE - A video showing a group of men fighting across a road next to Orchard Towers has recently gone viral.

The clip, which allegedly took place on July 16, was uploaded by Stomp contributor Snoopy Snoopy on both Facebook and YouTube.

It started with a heated argument among a group of men at the taxi stand at Orchard Towers.

The argument soon turned violent as the men started to exchange punches and kicks.

They ended up fighting all over the road and blocking the traffic.

Later, some women were seen running over to help some of the men in the fight.

They even swung their handbags at the men.

It is unclear what triggered the argument.

[[nid:125265]]
SUBSCRIBE TO OUR NEWSLETTER
Your daily good stuff - AsiaOne stories delivered straight to your inbox