MFA in contact with Indonesia over detention of "illegal fishing" boat 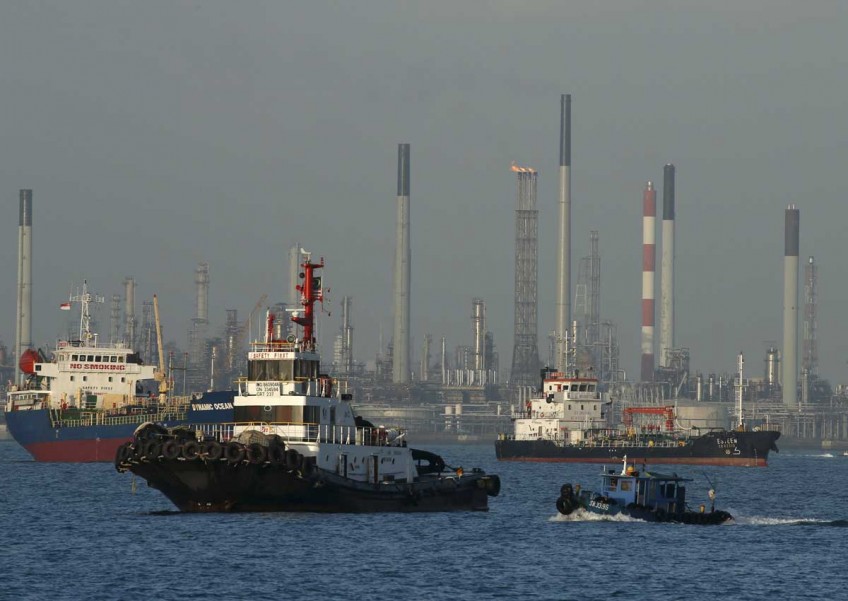 File photo of vessels passing an oil refinery on Pulau Bukom in the waters off the southern coast of Singapore.
Reuters

Singapore's Ministry of Foreign Affairs (MFA) said yesterday that it is monitoring the detention of a vessel captained by a Singaporean in Indonesian waters, and is in contact with Indonesian authorities.

The Indonesian navy detained the boat for allegedly fishing in Indonesian waters without permission.

It was intercepted on Sunday night around the waters of Tanjung Berakit, off Bintan Island, according to detik.com news website.

The website named the Singaporean captain as Shoo Chian Huat, quoting a navy spokesman as saying.

The boat has three other crew members who are Indonesian, Commodore S. Irawan, a navy commander in Tanjung Pinang, told The Straits Times.

There were also 13 passengers on board - six Singaporeans and seven Malaysians.

"MFA is monitoring this matter closely and has been in close contact with the next-of-kin of the detained Singaporeans," the ministry said.

"Our consulate in Batam is also in touch with the Indonesian authorities and will continue to render the necessary consular assistance to the Singaporeans," it added.

Those detained are being held at the Tanjung Pinang naval base's detention centre in Bintan.

Mr Irawan said the crew will be prosecuted because they were caught fishing without permit in Indonesian waters.

"During the interrogation, they gave inconsistent information. First, they said they were just passing by and were pushed by tides towards Indonesian waters.

Then, they said they were out for fishing," he added.

The detik.com report said the boat was an Indonesian vessel.

Since 2014, Indonesia has sunk some 170 vessels caught poaching in Indonesian waters and impounded 700 others.