Minister Khaw: Respect for public officers "is the way to go" 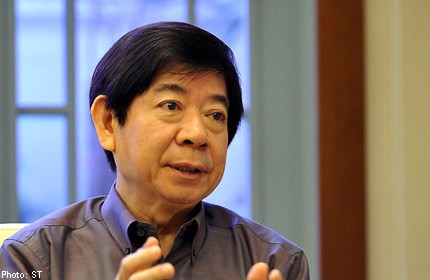 SINGAPORE - Public officers can face verbal and even physical abuse as they carry out their work, Minister for National Development Khaw Boon Wan said in a blog post on Tuesday, as he called for more "mutual respect".

Ms Ho Lin Lee of Tampines wrote to the Straits Times in September to thank the HDB and Town Council officers for their prompt action in attending to a leaking pipe in her flat. She wrote, "I flagged the issue to the HDB on Sunday night, and even though it was not the HDB's problem, it provided the necessary help so that by noon on Tuesday, my bathroom was ready to be used again."

I thank Ms Ho for her affirmation which goes a long way in encouraging our frontline colleagues to serve with excellence.

Frontline officers have a challenging job. Many of them work tirelessly at the counters, with admirable dedication and determination to provide good service.

But sometimes, there are instances where our public officers have been put in a difficult situation, or even subjected to verbal and physical abuse.

One such incident took place in August at an HDB Service Centre at Buona Vista. A resident had refused to accept the officers' explanation on a mortgage loan matter, and turned aggressive - shouting and throwing objects at one officer. Although badly shaken, thankfully, our officers were not hurt. A Police report was made and the offender charged in court. He pleaded guilty and was fined.

Fortunately, such extreme events are not common. Public officers do their best to attend to the needs of Singaporeans. They take their job seriously and act professionally. Let us continue to accord them the respect and dignity they deserve, and together, build a kind and gracious society. Mutual respect is the way to go.