Minors try all kinds of tricks to buy cigarettes, but shopkeepers will smoke them out 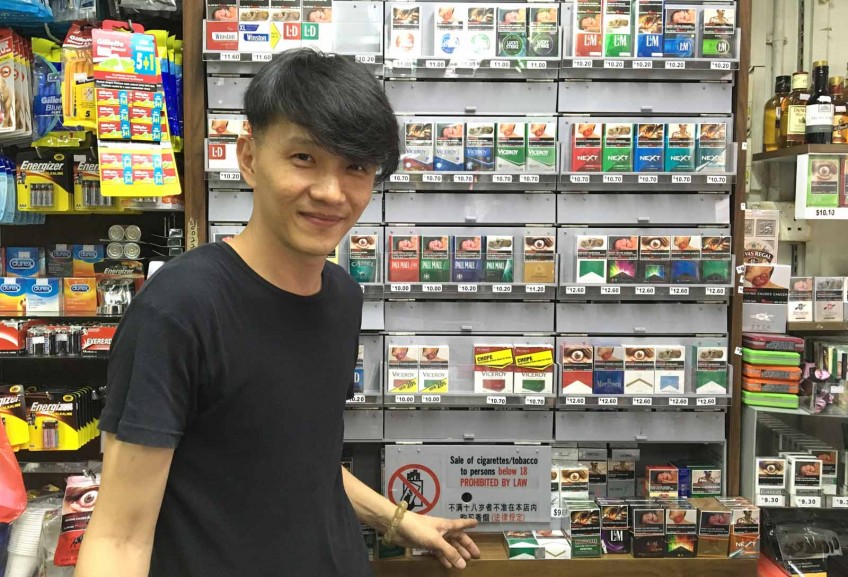 STRICT: Shopkeeper Richard Toh says that if customers kick up a fuss when he refuses to sell, he would ignore them.
The New Paper

In Singapore, it is illegal to buy cigarettes if you are under 18 years old.

But that has not stopped many youngsters from trying to get an illegal puff of smoke.

Shopkeepers The New Paper spoke to say they have seen it all when it comes to the tricks and tactics that underage youngstersuse to snag a pack.

Mr Richard Toh, 47, who runs Teck Huat Toh Kee provision shop in Block 20, Lorong 7 Toa Payoh, has had teenagers show him a photograph of their identity cards (ICs) taken on their mobile phone when he asked for proof of their age.

"I suspect that the ICs have been digitally altered (to change their birthdates)," said Mr Toh.

He has also come across customers who conveniently "forgot" to bring their ICs with them.

In such cases, he would refuse to sell cigarettes to them. Even when the teens get upset, he ignores them.

He is also strict when it comes to students in uniform who try to buy cigarettes from his shop.

According to the law, customers have to present their ICs upon request.

Shopkeepers say that customers sometimes become angry and verbally abusive when they are refused cigarettes.

A 24-year-old cashier at a sundries kiosk in Bishan, who wanted to be only known as Ms Na, has had disgruntled students hurling expletives at her on multiple occasions.

The kiosk has a constant flow of customers, including uniform-clad students from neighbouring secondary schools.

"It can be a little embarrassing (when they hurl vulgarities at me) because these kids are quite young," Ms Na said.

She added that she sticks to her guns and will ignore the rants.

"Sometimes, a group of students will send a more mature-looking person to buy cigarettes for them.

"But it's easy to spot them because often, the friends will be standing nearby so I would already be suspicious," said Ms Na.

Another common trick is students who "disguise" themselves.

Madam Tan, a 45-year-old employee at a coffee shop in Block 284, Bishan Street 22, said: "Some of them would wear T-shirts, but keep their school pants on."

HSA also warned five other retail outlets that sold tobacco products to minors for the first time by suspending their licences for six months.

Committing the offence a second time could lead to their licences being revoked and a fine of up to $10,000.

A check on the HSA website shows that since 2006, 126 retail outlets have been suspended or had their licences revoked.

But the grandfather of three and the owner of New Aleef Provisions in Ang Mo Kio Avenue 4, remains forgiving.

"Children are children and it's our job to educate them," he said.

This article was first published on July 11, 2016.
Get The New Paper for more stories.