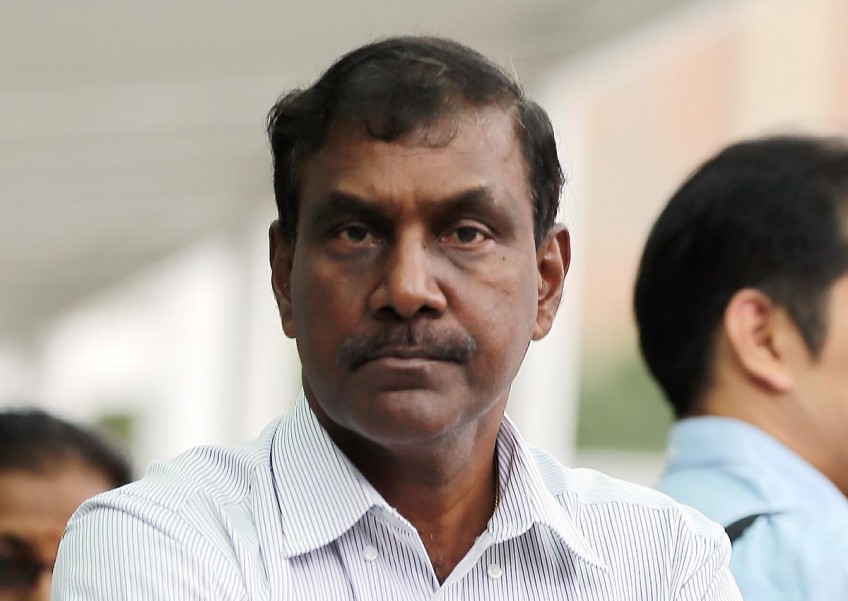 A senior public servant convicted of misappropriating two iPads was sentenced to 10 weeks in jail yesterday.

Jeganathan Ramasamy was director of the technology department at the Singapore Civil Defence Force (SCDF) when he obtained the iPad 2s - worth almost $1,900 in total - from communications company NCS.

They were meant to be used to test mobile applications that NCS was developing for the SCDF.

However, he gave one to his daughter and sold the other for $200 to Mr Eric Yap Wee Teck, the current SCDF head who, at the time, was its senior director of emergency services.

Jeganathan, 63,who held his position from 2007 to 2012, was found guilty of two charges of criminal breach of trust at the SCDF headquarters in Ubi Avenue in September 2011 after a 10-day trial.

He is out on $15,000 bail pending his appeal against the conviction.

After he received the iPads, he sent a message on Sept 26 that year to then NCS group general manager Wong Soon Nam, saying: "Tell me the amount I have to pay."

Mr Wong replied that the iPads were "meant for all the new mobile apps that we are rolling out for SCDF and for you to trial".

His offences came to light during investigations by the Corrupt Practices Investigation Bureau into other matters.

They also remembered he had been told categorically that he would not be able to obtain the iPads at the NCS staff discounted price.

The judge said he could not see how Jeganathan could have been the only one in that Sept 7 meeting who had misunderstood.

Jeganathan, who was defended by Mr Sanjiv Rajan, claimed he had been handed the iPads to buy in his personal capacity, even though he did not pay any money for them.

Deputy Public Prosecutor Hon Yi had sought a sentence of 10 to 12 weeks' jail, citing aggravating factors such as lack of professional integrity, public disquiet and damage to the SCDF's reputation, and loss of confidence in the integrity of the supply and trial process.

The maximum penalty for the offence is life imprisonment or 20 years in jail and a fine.