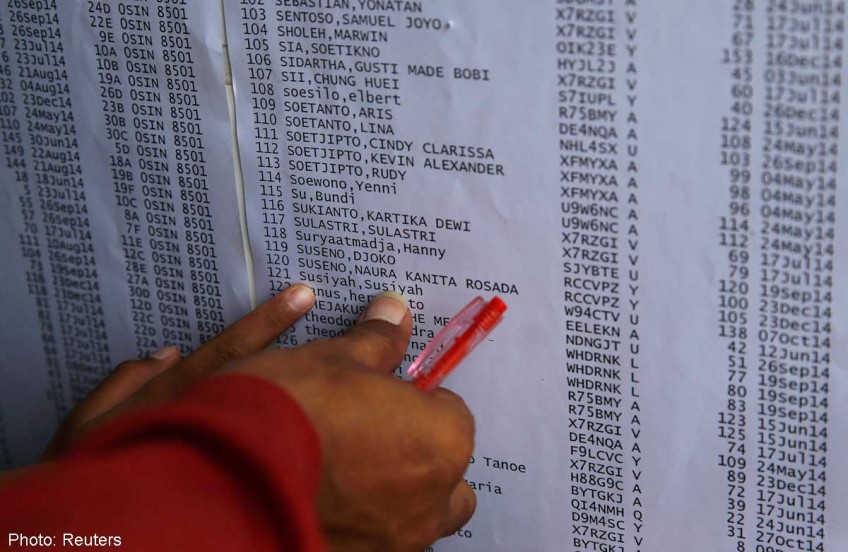 Relatives point at the name of their family member on a list of passengers onboard AirAsia flight Qz8501c at Juanda International Airport in Surabaya.

When Chiara Natasha, 15, heard on Sunday that AirAsia Flight QZ8501 - which both her brothers and her parents were on - was missing, her whole body froze.

She told Chinese daily Lianhe Zaobao at the crisis centre in Surabaya's Juanda International Airport yesterday that she could not believe that her whole family may have died on their way to visit her in Singapore.

She flew back to Surabaya yesterday.

She started attending a foundational English course at Methodist Girls' School in October.

She said she decided to further her studies in Singapore on the advice of her older brother, who loved living and studying here.

She recalled: "He said the work was very difficult but interesting, and he had a very fulfilling life in Singapore."

Even though it has been more than a day since the plane went missing, Chiara has not given up hope. Fighting back tears, she said: "Up till now, I still want to believe they are alive."