A modest home rich in memories 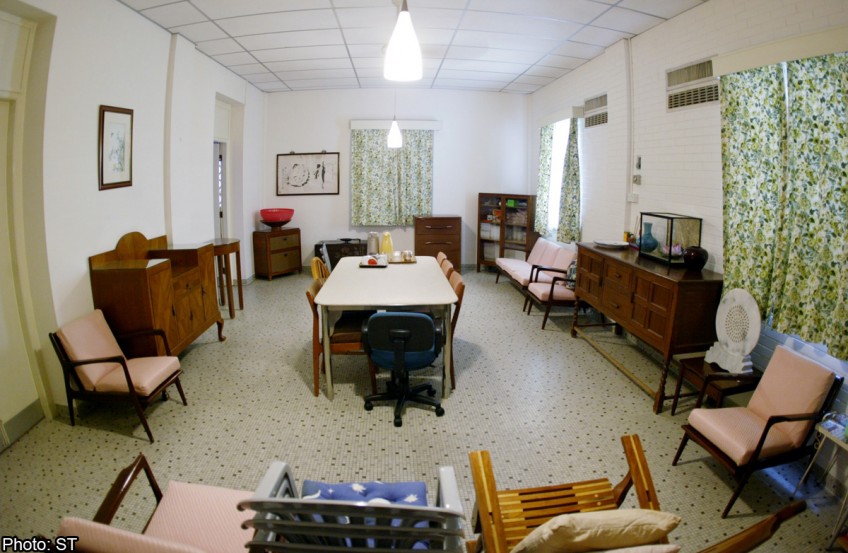 STEEPED IN HISTORY: The basement room of Mr Lee’s house at 38 Oxley Road. It was here that the founding members of the People’s Action Party, made up of trade unionists, teachers, lawyers and journalists, discussed setting up a new party.

NOT many people have been inside Lee Kuan Yew's bedroom.

But five years ago, I stood within its austere walls and learnt a little more about the great man.

It was April 11, 2010, and I was among a group of friends who were visiting Mr Lee's daughter, Lee Wei Ling, at their Oxley Road home.

When she showed us her father's bedroom, we could hear him in the adjoining room reading to his wife, Kwa Geok Choo.

She had become bedridden after a series of strokes.

The former prime minister, known for his fiery speeches, spoke in a gentle voice as he read to her from The Sunday Times.

She was not able to answer him but, without fail, he read to the love of his life every single day - alternating between news, her favourite poems and novels - for 18 months until her death in October 2010.

His room was spartan.

A single bed was the main piece of furniture.

On it was a thin towel blanket and a small bolster. I did not see a pillow.

The screen of his computer, on a desk beside the bed, flickered as e-mail arrived.

Sitting on the floor was a solid red briefcase, the subject of our visit to his bedroom.

It was a "parliamentary red box" used by ministers in the British government, and Queen Elizabeth II herself, to hold and transport official documents.

Mr Lee was probably the only person in Singapore to still use it.

Amused that we had not seen one before, Dr Lee had asked "Pa" for permission for us to see the box.

He did not object. But he did not interrupt his reading to come out from the room.

The rest of the old two-storey house was equally spartan.

The downstairs bathroom, for instance, still held a humdangong (Cantonese for barrel or tub used for making salted eggs), a large clay urn filled with water for bathing, old-school style, complete with a plastic scoop.

Its mosaic tiles, some a little chipped, had been popular in the 1970s.

The chairs in the house were mismatched, giving off an eclectic feel.

An ancient exercise bike stood in one corner, gathering dust.

It was nothing to look at - a bicycle mounted on a stand, but I learnt that Mr Lee had exercised on it for decades, well into his 70s, until he fell off one day.

Although the model had been replaced by a more modern one, the trusty old bike still retained its place in the 100-year-old home.

Between 1960 and 2011, Singapore's per capita gross domestic product surged more than 100-fold.

But the Lees' modest home remained largely unchanged in that time and had become dwarfed by the multi-million-dollar, multi-storey bungalows that sprang up around it.

Its floor was made up of longitudinal strips of wood with the varnish already peeling off. Its garden was lush with trees and plants that had flourished over the years.

The home was filled with memories.

Its basement dining room witnessed the beginnings of a political party that would go on to shape modern Singapore.

One could imagine the thoughts and conversations that went on within its walls, and would translate to actions to take Singapore from Third World to First.

In another room in the house, another son of Singapore has grown up, like his father, to become prime minister.

Like its occupants, its foundations have stayed true and strong.

The visit brought home to me what really matters in life.