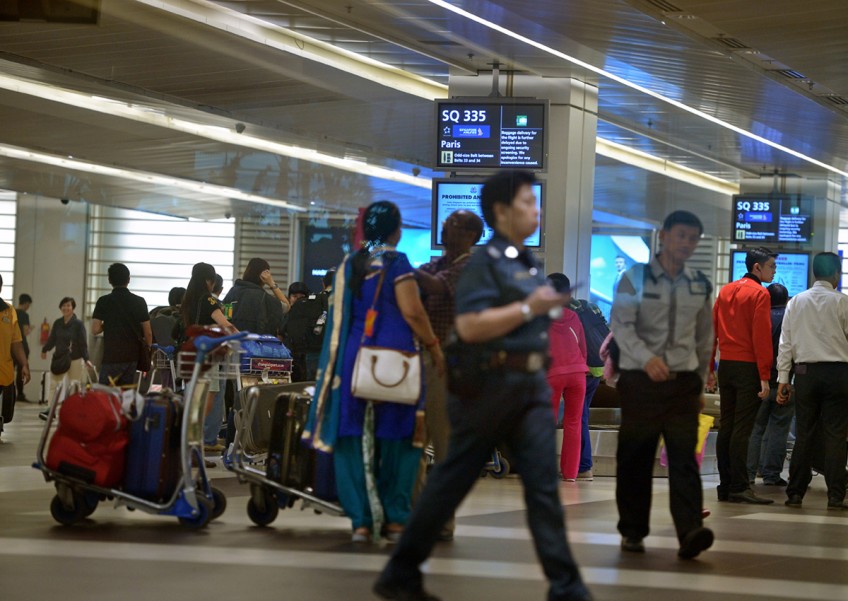 The multiple attacks on Friday on the French capital's bars, restaurants, a concert hall and a stadium prompted more stringent checks at the country's borders, while major attractions including the Eiffel Tower, Disneyland Paris and even the Palace of Versailles, some 20 kilometres from Paris, remain closed on Monday.

A spokesman for Singapore's Ministry of Education (MOE) told The Business Times that MOE will be cancelling two immersion trips that have been planned to France during this period, as the schools in France have been advised by their authorities to put all student exchange programmes on hold for the time being.

"In organising overseas learning journeys, safety and security are of paramount importance," said the spokesman.

Spokeswoman for Dynasty Travel Alicia Seah highlighted that this was the primary concern raised by customers who asked if their tours would be affected.

Ms Seah said that the company will continue to monitor the situation closely on the ground through its agents in Paris, and make changes, but she expects that travel disruptions, if any, will be down to a minimum over the next few days.

She added that none of the travellers who will be departing in the coming two weeks have wanted to cancel their trips. "For most of our groups Paris is just a two to three nights' stay. And since we have booked most hotel rooms, air and rail tickets in advance, we will have to negotiate any changes with our customers to prevent price fluctuations."

A spokeswoman for Chan Brothers said that they have had to divert a group that was scheduled to arrive in Paris on Sunday to Germany, but otherwise there have been no cancellations thus far. "Customers who have signed up for upcoming Europe tours comprising Paris as part of their itinerary have expressed concern, but are also adopting a 'wait-and-see' approach," she added.

Steven Lek, executive director of National Association of Travel Agents Singapore (Natas), stressed that travel agents can be trusted to have the safety of Singaporeans at the top of their minds. But, as a precaution, Singaporean travellers should consult the travel advisory issued by the government, he stressed.

Singapore Airlines said that it will waive all fees for re-booking or re-routing for confirmed tickets on its flights arriving at or departing from Paris.

The waiver is valid for tickets issued up to Nov 14, for travel to and from Paris on or before Nov 30, and travel dates can be extended up to Jan 31 next year.

UOB-Kay Hian analyst K Ajith said that one should not expect that the attacks will have any strong impact on airlines or travel companies' performance here.

"Paris is just one stop in Europe, passengers and travellers can always go to alternative destinations," he noted.

Separately, the French Embassy in Singapore held an evening memorial service on Monday for the victims of the attacks.

The 7pm service, which was open only to French nationals, included a speech by the French ambassador to Singapore Benjamin Dubertret, followed by a minute of silence for the victims, and then the singing of the French national anthem.

This article was first published on November 17, 2015.
Get The Business Times for more stories.