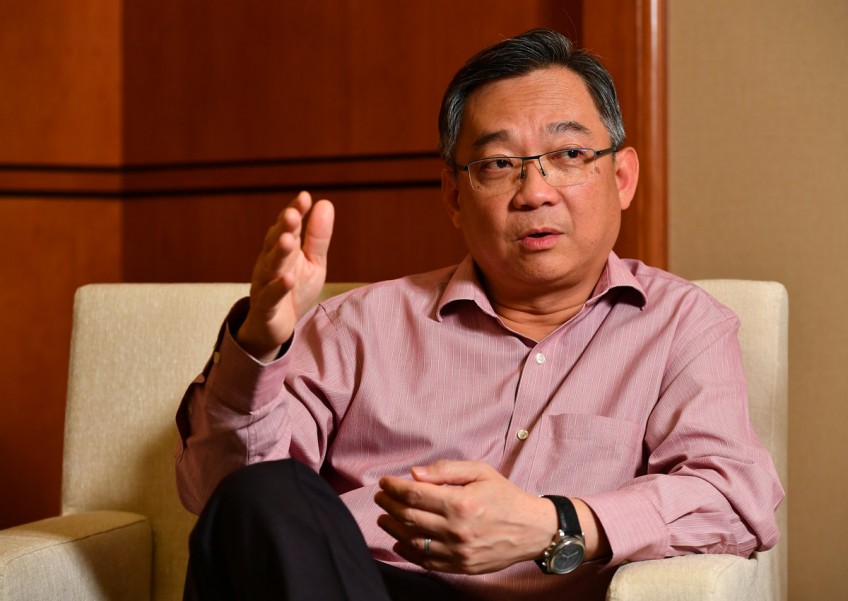 The Ministry of Health (MOH) will be pushing out better ways to prevent and control diabetes, as well as encourage healthier living and early screening, said Health Minister Gan Kim Yong.
The Straits Times

The Ministry of Health (MOH) will be pushing out better ways to prevent and control diabetes, as well as encourage healthier living and early screening, said Health Minister Gan Kim Yong.

He was replying to Mr Christopher De Souza (Holland-Bukit Timah GRC) and Mr Chen Show Mao (Aljunied GRC) who had asked about the progress of the ministry's "war on diabetes".

Mr Gan said the Agency for Care Effectiveness (ACE), set up in 2015 to evaluate clinical and cost effectiveness of new treatments, will publish its first two treatment guides in May, and both deal with diabetes.

Giving details, Minister of State for Health Lam Pin Min said the guides are about medication for Type 2 diabetes, and a systematic way to manage pre-diabetes.

He added that ACE had evaluated two patented diabetic drugs and found one "significantly more cost-effective".

MOH will subsidise the drug under the Medication Assistance Fund.

The ministry will also roll out a programme to all polyclinics to reduce the number of kidney failures among diabetics.

This follows a successful pilot by the National University Hospital and the National Healthcare Group, which recruited almost 12,000 diabetics between 2011 and last year.

Dr Lam said a third of the patients had improvements in their kidney function, whilethere was no further deterioration in over 60 per cent of patients.

One patient who benefited was taxi driver Ahmad Sahri, 65, who was diagnosed with diabetes in 2007.

He also has high blood pressure and cholesterol levels.

Two years ago, a Woodlands Polyclinic doctor told him that there were problems with his kidneys and they were "not so good".

"I was worried," he said, as he knew kidney failure meant having to go on dialysis.

He was already exercising fairly regularly.

The doctor put him on the programme and now his kidneys appear fine, much to his relief.

Every five hours here, one person loses the use of his kidneys and needs a transplant or dialysis.

Recently, the biggest dialysis provider, the National Kidney Foundation, said it would run out of dialysis places by the end of this month.

From Sept 1, Singaporeans aged 40 and above can screen for diabetes and four other ailments for at most $5.

Those aged 18 to 39 can do an online self-assessment. If results show that they are at high risk, they can get the $5 screening for diabetes, blood pressure and cholesterol levels at Chas clinics.