MOM officers to beef up skills in communication 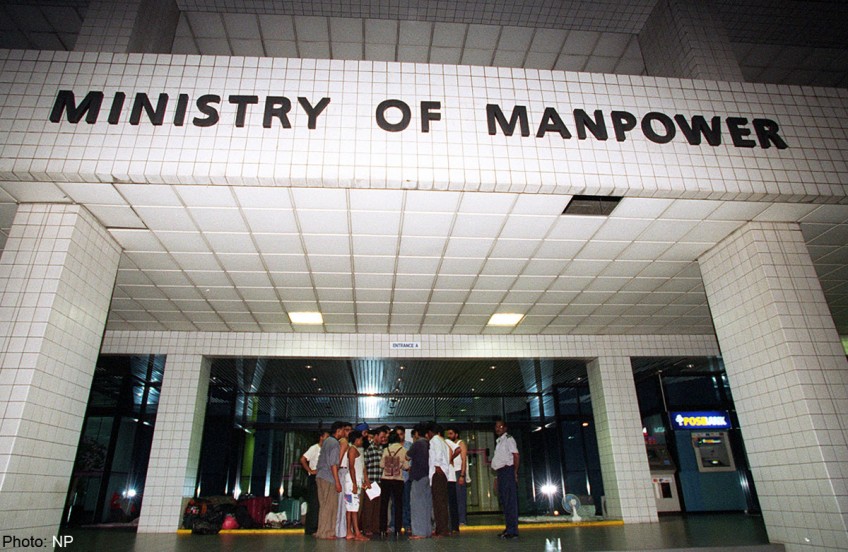 More than 100 construction workers from China gather outside the Ministry of Manpower (MOM) on 27 April 2009 to complain about unpaid wages and cancellation of work permits.

Officers of the Manpower Ministry (MOM) will be sent on a course this year to help them communicate better with foreign workers, a move that dovetails with a recommendation of the Committee of Inquiry (COI) on the Little India riot in December 2013.

The two-day course will cover topics such as the culture, habits and traits of the six nationalities that dominate the foreign workforce in Singapore. They are the Bangladeshis, Indians, Chinese, Filipinos, Malaysians and Indonesians.

Skills in listening, persuasion and negotiation will also be part of the lessons, which are expected to start as early as next month.

The ministry, when contacted, declined to give details, beyond confirming that the course will take place.

Its spokesman said: "Communication and engagement with foreign workers is an integral part of our officers' work and we send them for such courses."

But the course is probably a first as it is being tailor-made >for MOM officers by training schools, which had been asked by the ministry to design what it called a "persuasive engagement course".

It also wants the officers, on completing the course, to "understand the power of persuasion" and "learn the various ways of communication and engagement with foreign workers", according to the course documents seen by The Straits Times.

Sources said the first group to attend the course will be officers who look after the welfare of foreign workers stranded in Singapore while their employers are under investigation for possible labour-related offences, like failing to pay the workers.

These officers help the workers apply for new jobs or repatriate them, among other duties.

MOM declined to say how many officers will attend the training or what prompted it.

However, in June last year, the COI recommended that all workers, including government officials, who come into frequent contact with foreign workers be given training in cultural sensitivity.

"Training which covers basic or key words in the workers' native languages would go a long way in fostering greater understanding and communication," the COI said in its report.

Hence, MOM's move is seen by officials and activists as a step in the right direction.

Member of Parliament Zainudin Nordin, who chairs the Government Parliamentary Committee for Manpower, said: "This is part of capability building for the ministry officers."

Similarly, MP Yeo Guat Kwang, chairman of foreign workers' advocacy group Migrant Workers Centre, said the trained officers can also help change the foreign workers' less-than-rosy perception of Singapore. "These workers on special passes may have some misgivings about the authorities, given their bad experiences with employers," he said.

For Mr John Gee, research head at migrant workers aid group Transient Workers Count Too (TWC2), the lessons would be useful only when the MOM staff walk the ground to interact with foreign workers and apply what they had learnt.

"The course can help MOM officers better understand the foreign workers," he said, adding: "And that is a good start." 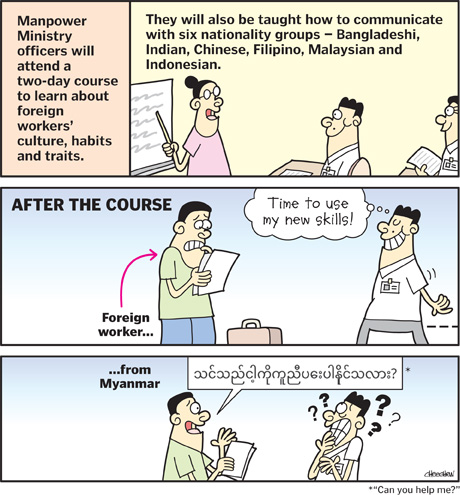