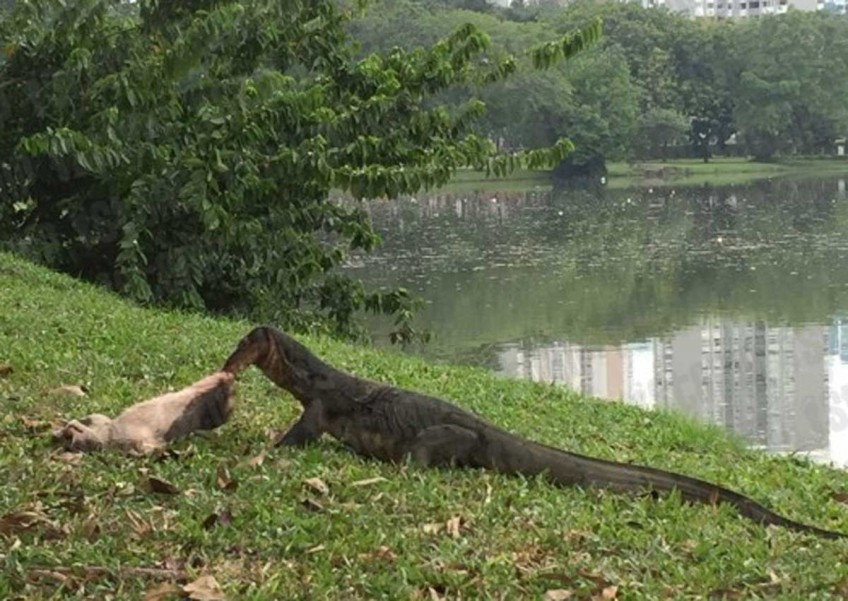 A man was jogging in Japanese Garden, a park located in Jurong East, on Thursday (April 21) when he noticed a two-metre-long monitor lizard.

Upon getting closer to the reptile, he realised that it had made a meal out of a stray cat.

He captured the episode on video and sent it to citizen journalism website Stomp.

He said: "Yesterday evening while jogging in Japanese Garden, I stumbled upon a two-metre-long monitor lizard feasting on its prey.

"The prey was dead but from far, I could not make up what it was. I moved closer till I realised it was a stray cat.

"It is pretty uncommon to see animal killings in its natural habitat, especially in Singapore.

"While on my way out of the garden, I saw a stray Siamese cat. Unfortunately I don't speak cat language, otherwise I would have warned it about the cat killer roaming in the park."