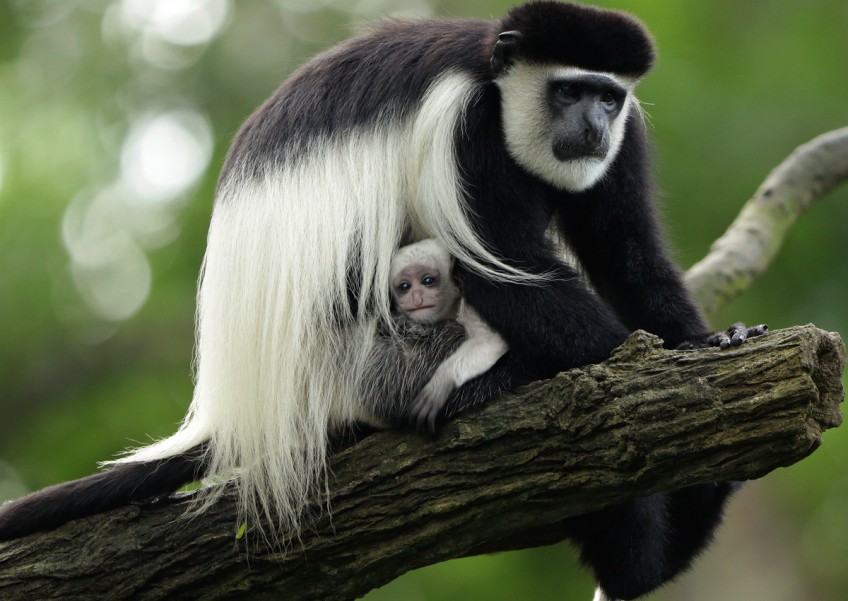 SINGAPORE - 2015 was a good year for the animal kingdom, as more than 700 baby animals across 150 species were born or hatched in Jurong Bird Park, Night Safari, River Safari, and Singapore Zoo, Wildlife Reserves Singapore (WRS) announced on Tuesday (Jan 12) . Among them, over 40 species are listed as threatened under the International Union for Conservation of Nature (IUCN) Red List of Threatened Species.

WRS added that one of the highlights of last year was the birth of a critically endangered Sumatran orangutan born on Sept 16. The primate is the great-grandson of Singapore Zoo's late icon, Ah Meng. To date, over 40 orangutans have been born in Singapore Zoo, with some being sent to zoological institutions in Malaysia, India, Vietnam, Japan, Australia and New Zealand to facilitate breeding and genetic diversity. Wild orangutans can only be found in two regions - on Borneo island, and in Sumatra.

Other births in the Singapore Zoo includes critically endangered cotton-top tamarins, a species of tiny primates, and endangered Southern white rhinoceros and pygmy hippopotamus. According to WRS, the park has maintained a good track record with all three species, welcoming over 80 cotton-top tamarins, 16 Southern white rhinoceroses and 23 pygmy hippopotamuses in the past 42 years.

Over in River Safari, a manatee calf was born in October, bringing the park's total herd to 13 individuals. The park also saw the hatchings of unusual amphibians like the fire-bellied newt, a species of small newt native to China, and the births of capybara, super-sized rodents native to South America.

Animal births in Night Safari was also another highlight of the year, with most of the new animals born are species native to Singapore or Southeast Asia. These animals include, the Malayan sambar deer, Malayan bearded pig, binturong, hog badger, and the endangered Burmese brow-antlered deer.

Meanwhile, Jurong Bird Park welcomed two Bali mynahs and eight Luzon bleeding-heart doves. According to WRS, the Bali mynah additions in 2015 are particularly special as it is the first time these chicks are hand-raised. All progenies will eventually be sent back to their respective home countries to be released into the wild.

The bird park also saw the successful hatching of the lesser bird-of-paradise, which are notoriously hard to breed in captivity because of their unique courtship rituals prior to mating.

Dr Cheng Wen-Haur, Deputy CEO and Chief Life Sciences Officer, Wildlife Reserves Singapore, said: "Each of these births and hatchings is significant and is part of Wildlife Reserves Singapore's efforts to conserve threatened wildlife, particularly in Singapore and Southeast Asia. Breeding under human care allows us to maintain sustainable populations without having to collect from the wild, and our living collection serves to inspire positive actions in people to conserve our environment and biodiversity."