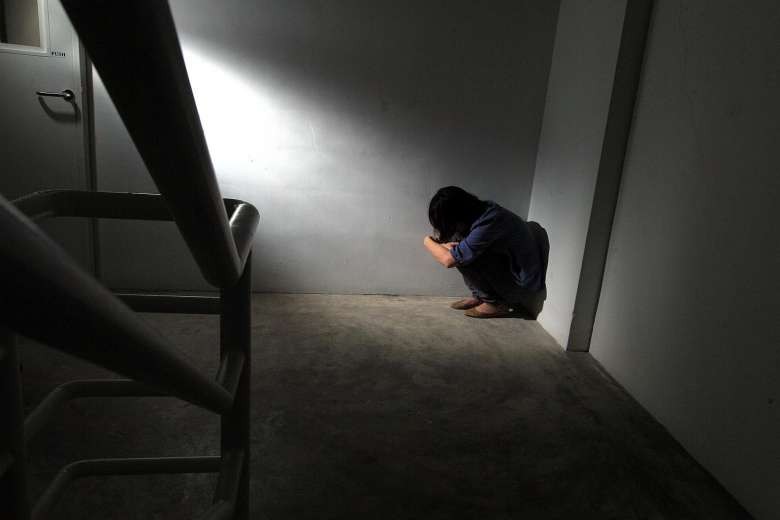 For the better part of a year, the storeroom was her home. It was where an 11-year-old slept, ate, studied and used a bucket to relieve herself.

She was so afraid of being punished that she did as she was told, remaining there even though the storeroom was not locked.

She was allowed out only for a daily bath - and to go to school, where she never spoke of her ordeal.

Her mother and stepfather regarded her as a jinx, the cause of all their woes. And they ordered her siblings not to talk to her.

Her case came to light only after the school counsellor noticed that she often reeked of urine, and had changed from being a vocal child to a listless soul.

Better detection of child abuse cases by a host of agencies - from schools to hospitals - has resulted in more cases of serious abuse being investigated by the Ministry of Social and Family Development's (MSF) Child Protective Service (CPS).

Last year, the CPS received 2,022 reports and inquiries about child abuse. Of this, it investigated 551 that were instances of serious abuse.

This was an increase of about 40 per cent over the period from 2012 to 2014, when it probed between about 380 and 400 cases of serious abuse a year, CPS director Carmelia Nathen told The Sunday Times.

While the CPS assesses all abuse reports received, it may refer the moderate and lower-risk cases to charities, designated as child protection specialist centres, and which are tasked with and equipped to handle such cases.

But for serious abuse, the CPS steps in and has the power to remove the child from the family if necessary - and keep the child away until it is satisfied that the parents have changed their violent ways.

Ms Nathen said the CPS has improved its screening tools and processes. This has enabled those in the child protection system - from teachers to medical staff to social workers - to better spot abuse.

The training of such professionals has led to improved detection, management and reporting of abuse cases.

It is also taking a more proactive approach by looking into some cases managed by professionals outside the ministry to ensure that these children are kept safe.

Overall, the cases can vary from babies who were shaken so violently that they suffered brain injuries, to teenagers molested by their fathers.

The abuser - often a parent - comes from across all income and ethnic groups. In some instances, he is also mentally ill or addicted to some vice, said child protection officer Firdawati Masri.

She had a case of a six-year-old girl with multiple burns and blue black marks on her body - all because her curiosity irritated her alcoholic father, who heated a metal spoon and pressed it against her when he was angry.

Said Ms Firdawati: "She likes to ask questions and wanted his affection but he got irritated with this."

The girl's parents are separated and her mother is more interested in her new partner than her daughter's welfare. The CPS placed the girl in the care of a family friend.

In the case of the girl confined in the storeroom, she was placed in foster care for several years.

This was until her parents were helped to change their parenting practices. Their relationship with the girl has since improved and she has moved back to live with them.