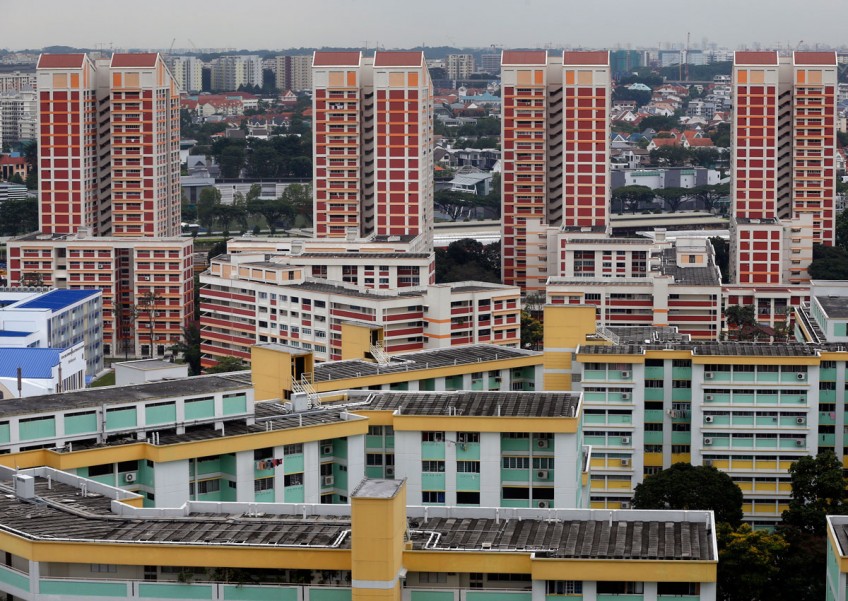 SINGAPORE - Home owners looking to refinance their properties are finding it increasingly difficult to do so against the backdrop of falling property prices, stringent definitions of what constitutes income and the tedious paperwork involved.

Conservative property valuations also mean that only smaller loan amounts can be refinanced. With rising interest rates, more home owners are opting to switch from floating to fixed rates, or re-price to lower rates before the Sibor (Singapore interbank offered rate) spikes to a painful level.

According to independent mortgage adviser FindaHomeLoan, of the 300 cases it advised in the last six months, about 25, or 8 per cent, of home owners could not refinance because they did not meet either the total debt servicing ratio (TDSR) or the bank's credit assessment criteria, or both.

Banks were coy about revealing numbers, but said the percentage of customers who are unable to refinance is very small.

Phang Lah Hwa, head of consumer secured lending at OCBC Bank, says customers opt to do an affordability and credit assessment, after which they may not proceed with the refinancing application. "Among those who applied and submitted the required documents, the majority of them will qualify for refinancing," she says.

Tok Geok Peng, executive director of secured lending at DBS Bank, says: "We hardly see customers who do not qualify for refinancing."

She adds that refinancing may not work for everyone, as there could be additional fees payable, a new loan package may require commitment for a few years, or the loan tenure may be shortened, resulting in higher monthly repayment instalments.

But FindaHomeLoan founder Sean Lim says that refinancing has become a headache for many since the TDSR framework kicked in, even if the government has given a three-year grace period for mandatory compliance until June 30, 2017.

With the stringent TDSR guidelines, most borrowers are faced with a shortened tenure, which often results in higher monthly mortgage requirements. Those who had funded their property with the help of a guarantor in the past are also now required to remove the guarantor as a mortgagor. Such borrowers would then be subjected to TDSR assessment without the guarantor's income.

There are other issues: loans with tenures based on the younger applicant's age become subjected to income-weighted age computation, which results in a shorter tenure and higher monthly instalments. The inclusion of other purchases such as commercial properties also affects loan limits, especially the stricter 30 per cent mortgage servicing ratio which applies to owners of HDB flats and executive condominiums.

Meanwhile, not every bank has adopted in entirety the list of financial assets suggested by the Monetary Authority of Singapore (MAS).

This can further limit loan amounts as borrowers sometimes pledge their assets such as stocks to augment their income if what they earn is not enough to meet the TDSR threshold of 60 per cent.

Pay slips issued in the form of hand-written salary vouchers are sometimes frowned upon by banks and may result in rejection of or a 30-per-cent haircut on the income, FindaHomeLoan's Mr Lim says.

Some borrowers may also have retired with no income except for the rentals they collect every month - which have to undergo a 30 per cent haircut, bringing them past the 60 per cent limit, even if their outstanding loans have been paid down steadily over the years.

Tedious document submissions aside, all these stricter income criteria add up to make refinancing a pain for mortgagors, he says.

The tighter loan criteria come on top of another problem: falling valuations, which further affect borrowers' ability to refinance.

Banks do not lend beyond a certain loan-to-value of usually 80 per cent or lower, lest they should be unable to recover the amount in case of foreclosure.

OCBC's Ms Phang says: "We reference the current market value in granting a refinancing loan. Hence, if the property value has fallen, the loan amount approved will be lower."

While some observers fear that these refinancing troubles may lead to higher default risks closer to the 2017 deadline, banks say it is far-fetched to presume so, as the link is tenuous.

Non-performing loans arise when borrowers cannot repay, which is mostly due to a change in their financial situations, or broader economic conditions like weak GDP growth or employment rates, not so much because they cannot refinance or re-price to lower interest rates.

MAS also does not seem worried that mortgagors' refinancing difficulties will result in anything too serious, as the percentage of borrowers that currently breach TDSR limits is not high.

Responding to BT's queries, it says: "A small proportion, less than 10 per cent, of all existing borrowers have a TDSR of above 60 per cent. This number is expected to decline as households pay down their loans, but it will take time."

Asked what alternatives those who cannot refinance have, Darren Goh, executive director of MortgageWise.sg, a mortgage distributor, says: "To be honest with you, they don't have many options."

He says that if the debt servicing burden spirals into something unsustainable as interest rates increase, the only option such mortgagors have is to sell off the property - even if at a loss.

"To reduce TDSR ratio, either cut the monthly debt at the top, or increase the income at the bottom. Since most have problems reducing the numerator, the only viable way known to us is through asset-based lending where they have to show or pledge funds or liquid assets to boost the income at the denominator.

"That normally works for borderline cases just over 60 per cent. However, for those with TDSR way past 100 per cent, it is of little use. Because if they have so much funds to show in the first place, they can already pay down part of the loan or won't be needing to refinance so urgently. So in a way, they are stuck."

Mr Goh has seen cases where mortgagors' TDSR is at an overwhelming ratio of 200 per cent, even 400 per cent for some.

"These tend to be investors with a few properties, or they are self-employed directors of their own companies and so are also guarantors for their company loans. This affects their own personal TDSR when they try to refinance their own residential loans," he says.

"By releasing one property, it might help to lower the TDSR to allow them to refinance the other loans that they have."

This article was first published on Feb 1, 2016.
Get The Business Times for more stories.