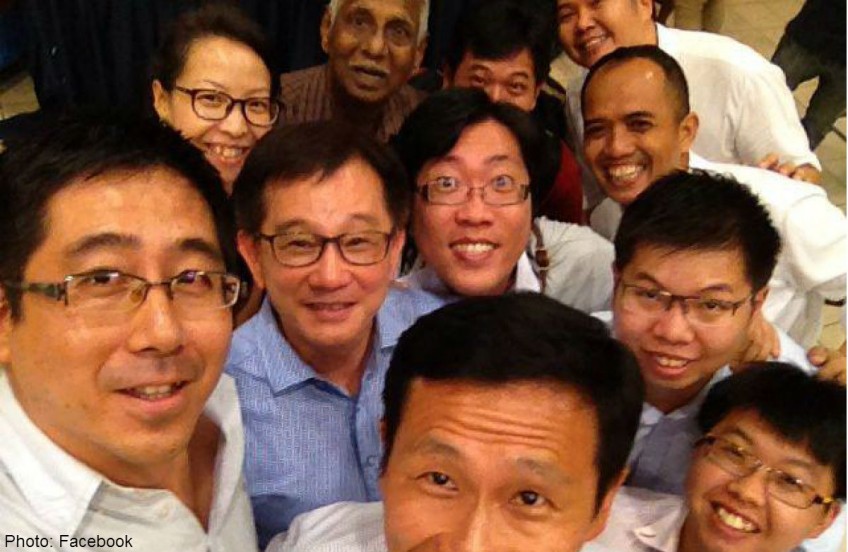 SINGAPORE - The People's Action Party (PAP) is shoring up its presence in opposition-held Aljunied GRC, with the induction of new grassroots volunteers earlier this week.

They include Mr Kahar Hassan, 45, and Mr Wong Hao, 36, a manager in a semiconductor firm.

Mr Kahar, who is a deputy director of infrastructure at railway operator SMRT, is one of two new faces in Aljunied GRC who were earlier identified by the media.

The other is Ms Chan Hui Yuh, who is the incoming vice-chairman of the Serangoon CCC, which is in the same constituency.

Mr Kahar has more than 17 years of engineering experience in both the government and private sectors, and has managed large-scale projects such as the Hougang MRT station and Braddell Road underpass.

He has been a volunteer at Kaki Bukit for about a month and was previously volunteering at Tampines East CCC for 15 years.

Asked if he would stand for election, he said: "As long as the community benefits from my efforts, I am happy to serve in any capacity."

He added that the constituency has many low-income and needy Malay families.

Asked if he would remain in politics, Mr Ong would only say that he would make necessary announcements in due course.

But he added: "It is important for me to focus on helping the new team settle in."

Dr Alan Chong, an associate professor at the S. Rajaratnam School of International Studies, said the infusion of new blood might suggest the PAP had "not yet made enough headway" in Aljunied GRC.

Dr Gillian Koh, senior research fellow at the Institute of Policy Studies, noted that the new PAP grassroots volunteers are "not the usual scholar types".

She added that "it may not be easy for Mr Ong to feel up to contesting again, given what happened in 2011, as would be the case for anyone".

But Mr Ong has remained as the PAP's branch chairman for Kaki Bukit, "unlike a few other PAP candidates in Aljunied in 2011 who clearly indicated they would be leaving the scene", she observed.

He was identified as being of ministerial calibre, "so the PAP's decision will indicate if they need him for leadership renewal".

Mr Ong is currently Keppel Corporation's group strategy and development director. He stepped down as NTUC's deputy secretary-general in November, sparking much speculation about his next move.