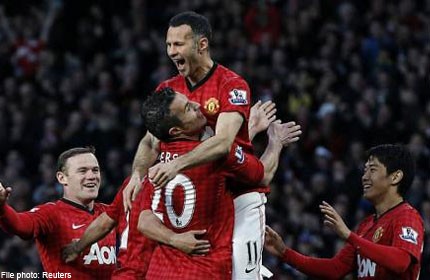 The Media Market Conduct Code (MMCC) outlines the rules and conditions for fair competition in the pay-TV sector.

One such condition is that any exclusive content acquired after March 2010 must be cross-carried and made available on another retailer's platform.

The impact of the MMCC is not just theoretical. Today, consumers are able to access exclusive content, whether they sign up with SingNet or with StarHub.

Consumers can also benefit from the greater competition among pay-TV retailers, which has brought about more product offerings at more attractive price points.

Through the cross-carriage measure, consumers had previously been able to access the Uefa Euro 2012 on both the SingNet and StarHub platforms.

The Barclays Premier League (BPL) 2013-16 will also be made available to consumers on their platform of choice, either as part of a bundle or on an a la carte basis.

Signing up for cross-carriage content is also easy. In the case of BPL 2013-16, consumers can simply approach SingNet to sign up for the content on either the SingNet or StarHub platform. The exact steps required have been laid out very clearly in advertisements and on their websites.

There has been much discussion on the pricing of BPL content. Pricing decisions will invariably be affected by market forces such as the trend of rising sports content acquisition costs around the world.

Consumers must continue to play a part by signalling to pay-TV retailers their acceptable price points and desired packaging.

SingNet and StarHub are already heeding such feedback and are now swiftly responding to each other's competitive manoeuvres with discounts to address pricing concerns and introducing more clear-cut rebate structures. In addition, they are striving to differentiate themselves by offering new "live" mobile viewing services, and having more original productions and innovative subscription packages.

The upcoming BPL season 2013/14 will be kicking off tomorrow. The Media Development Authority notes that both SingNet and StarHub have pledged to double their efforts to ensure that customers who had signed up by 4pm on Thursday will be able to catch every single BPL 2013-16 match.

We are closely monitoring the implementation of the cross-carriage measure, and will not hesitate to take firm action against pay-TV retailers that breach their service obligations and conditions under the MMCC.

We urge pay-TV retailers to continue working hard to woo consumers. Without consumers, there will be no market to begin with.