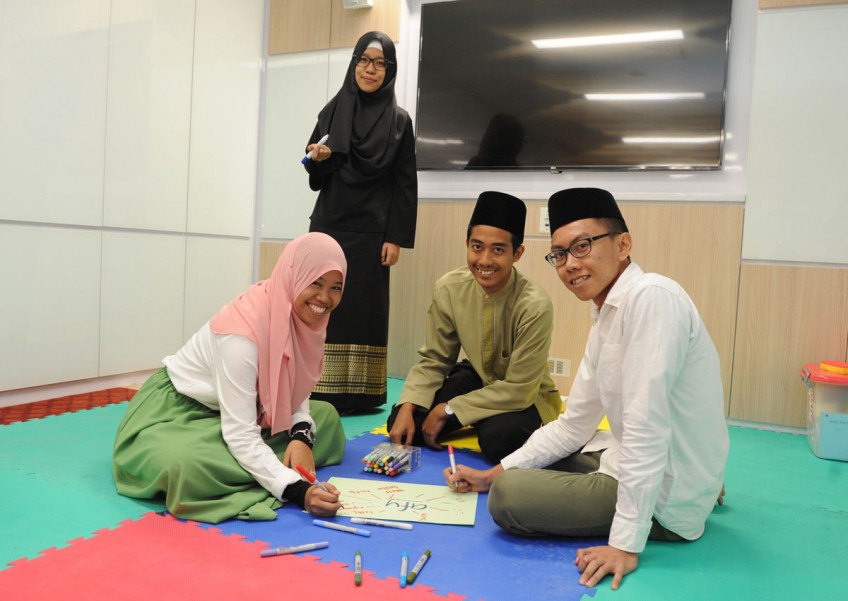 The Al-Falah Mosque, the only mosque in the Orchard Road shopping district, opened its doors to congregants yesterday with a bigger prayer space.

The mosque in Cairnhill Road can now hold up to 2,000 congregants instead of 1,500, after extensions to both of its two floors. Amenities such as ramps and a platform lift for those who are disabled were also added.

Its entire prayer hall is now fully air-conditioned. Other additions include four classrooms that can be reconfigured, one youth room and a nursing room.

The total cost of the one-year upgrading works was $2.64 million, of which $750,000 came from the Mosque Building and Mendaki Fund. The rest was raised by the mosque and donors.

"We have to continue to do mosque upgrading as the needs, lifestyle and demographic of the congregation are changing," he said.

So far, 17 mosques, including Al-Falah, have been renovated under the Mosque Upgrading Programme of the Islamic Religious Council of Singapore.