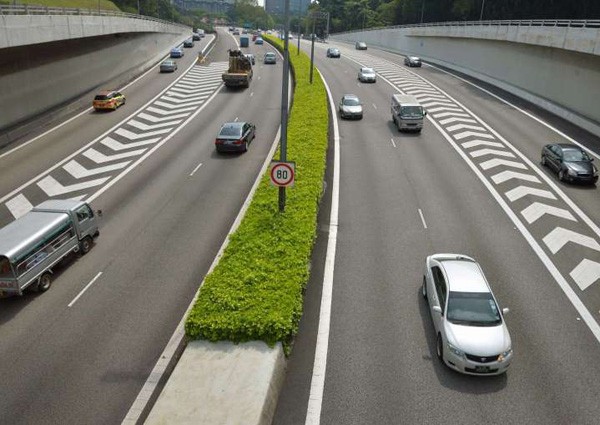 It may not seem obvious to someone on the Central Expressway during peak hours, but motorists in Singapore are driving less.

According to Land Transport Authority (LTA) statistics, the annual average mileage of a passenger car here has been falling every year for almost a decade.

In what must be good news for environmentalists and public transport advocates, the continuous drop in annual mileage clocked also comes on the back of a shrinking vehicle population.

Transport expert Park Byung Joon, an adjunct associate professor at SIM University, said this could be due to a combination of factors. They include worsening congestion, more Electronic Road Pricing (ERP) gantries erected over the years and people planning their trips better or shifting to buses and trains. He added that a rise in the number of households with more than one car could also be a contributing factor, as people may take turns driving each vehicle.

"We may need a little bit more digging into the statistics to find out which contributed more," Dr Park added.

"But I find that I've been using my motorcycle more over the years because of the congestion."

"My car mileage has dropped as much as 40 per cent in the last year because my wife and I now use public transport more.

"I totally do not drive during weekdays," he said.

Motorists said they have been driving less too. Workshop operator Joey Lim, 49, said the data was "not surprising".

He added: "Usage costs such as ERP, parking and fuel have gone up a lot in the past few years, especially parking, which is so expensive now. I try not to drive so much these days. When I go to town, I take the MRT.

Mr David Ting, editor of motoring magazine Torque, said the advent of mobile apps "has also made it easier for motorists to take a shorter route to anywhere".

He added: "Another possibility is the growth of budget air travel in recent years, which has given Singaporeans even more opportunities to leave the country and their cars behind."

According to the Department of Statistics, the median age of residents here has risen from 34 years in 2000 to 39.3 years last year.

Mr Lee also said that when he was a motor trader, he noticed high-end cars tend to have a lower mileage than bread-and-butter models. He said this is because these cars tend to be owned by people with more than one car and who travel overseas more.

According to the LTA, the combined population of Mercedes-Benz, BMW and Audi cars has more than doubled from 2004 to last year, while the general car population has grown by 47.5 per cent over the same period.

Meanwhile, the mileages of all other vehicles types - from private buses to trucks to motorbikes - have either remained unchanged or risen over the years.

They account for 37 per cent of Singapore's vehicle population of around 960,000.