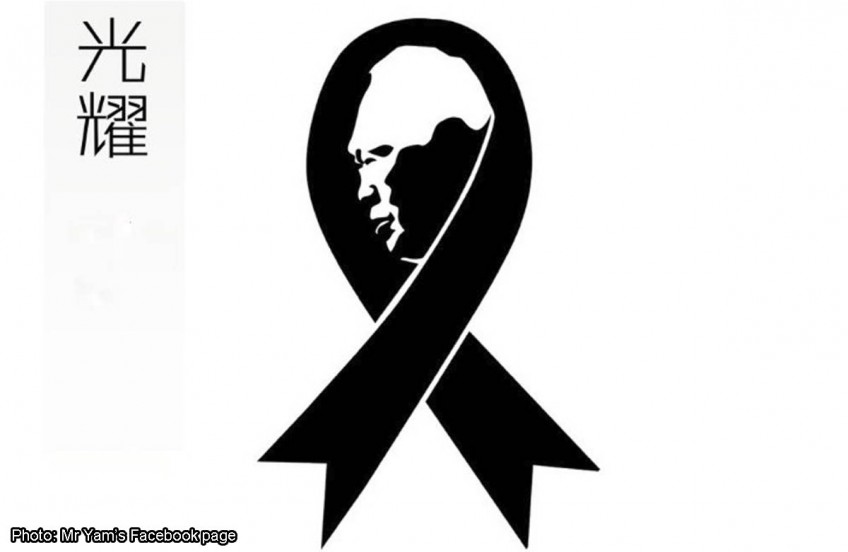 SINGAPORE- The now-familiar image of a black ribbon that frames Mr Lee Kuan Yew's profile that has inspired even car decals and brooches was created by MP Alex Yam and his team.

The Chua Chu Kang GRC MP wrote on his Facebook page on Thursday that coming up with the image started out as a "spur of the moment decision".

#‎TributetoLKY‬ It started as a spur of the moment decision... The team worked through the night, we brainstormed and deliberated... Simple but dignified was our starting premise. Final 6 versions, down to 4, then 2. And then the final version.

We stared at it for a long time, emotions welled. Tired and emotional, but what's this compared to the work of Mr Lee.

It started as a simple Whatsapp message, it now sits as decals on cars, as a print on t-shirts, as an image of tribute on badges, even as a temporary tattoo! But not because of its design but because of the message it conveys, that we honour the founding Prime Minister of Singapore in a simple, dignified way, that his memory and legacy will live, and to say ‪#‎ThankYouLKY‬.

[[nid:183035]]
SUBSCRIBE TO OUR NEWSLETTER
Your daily good stuff - AsiaOne stories delivered straight to your inbox