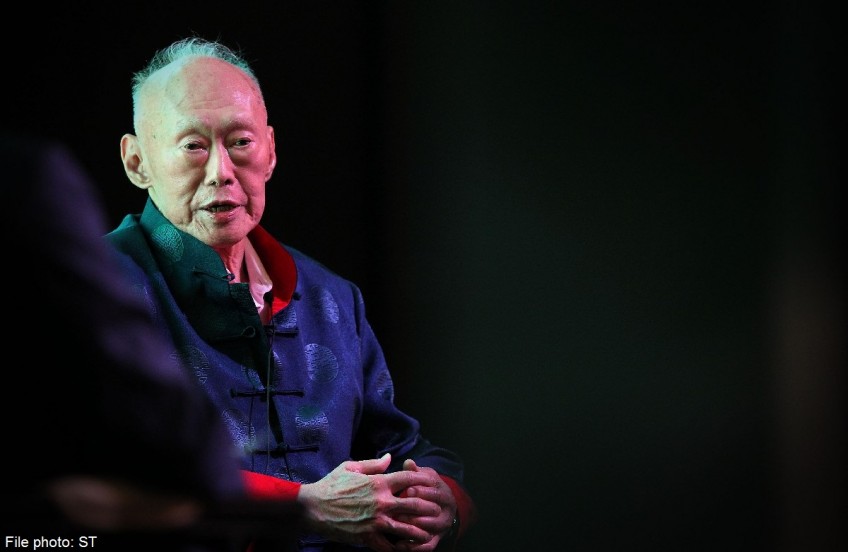 The statement did not elaborate further.

The founding father of modern Singapore, Mr Lee, who turned 91 last September, has been warded in the intensive care unit of Singapore General Hospital (SGH) with severe pneumonia since Feb. 5.

Special areas have been set up for well-wishers to leave cards, flowers and gifts for Mr Lee at an area outside SGH Block 7, in response to people trying to leave them with hospital staff or in the building's public spaces.

The Straits Time reported Friday that Grassroots leaders at Tanjong Pagar GRC, where Mr Lee is an MP, have also set aside the Tanjong Pagar Community Club art gallery as a space for residents to place get-well cards and gifts.

By Friday night, about 80 cards and gifts had been left at SGH's designated area for Mr Lee.

Police on Friday released a statement announcing that a male Singaporean student below the age of 16 is currently assisting the police with investigations into the fake post.