Murderer gets life in prison instead of death sentence 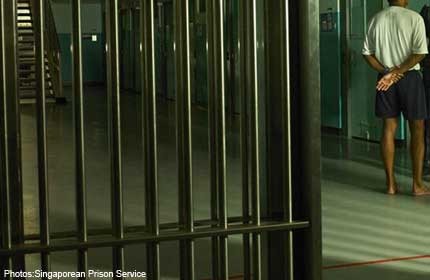 SINGAPORE - A 29-year-old man on Wednesday became Singapore's second convicted murderer to be sentenced to life in prison instead of a mandatory death penalty.

Jabing Kho, who beat a construction worker to death while robbing him in 2008, expressed relief and gratitude through his lawyers before being led away.

The Malaysian, who was convicted in 2010 and had his appeal dismissed the following year, was also given the maximum 24 strokes of the cane.

His re-sentencing hearing took place at the High Court yesterday following recent changes to the law which give judges the option of handing down life imprisonment for certain categories of murder.

Justice Tay Yong Kwang said it was not "clear-cut" that Kho deserved the death penalty.

On the night of Feb 17, 2008, he and an accomplice had trailed Chinese national Cao Ruyin and another worker as they walked along Geylang Drive.

What exactly transpired has been disputed, but Kho is said to have struck his 40-year-old victim on the head with a piece of wood so hard that his accomplice saw the man's head crack open.

They made off with Mr Cao's phone, which was was later sold for $300. The victim died six days later from serious injuries to the brain, with an autopsy finding 14 fractures to the skull.

Kho, then 24, was found to have intentionally inflicted the injuries, which were sufficient to cause death.

Deputy Public Prosecutor Seraphina Fong argued that he had used "excessive force" and shown "scant regard for human life", and that it was a "brutal and vicious" act, done out of greed.

But Kho's lawyers, Mr Josephus Tan and Mr Anand Nalachandran, argued that he was a first-time offender and had not been the mastermind of the robbery. The starting point in applying the new rules should be life imprisonment and the gallows should be the exception, said Mr Nalachandran.

There are four clauses to cover different categories of murder under the law, all of which used to carry a mandatory death penalty.

After changes to the law this year, capital punishment remains mandatory only for Section 300(a), while it is discretionary for the other clauses.

A case heard last month was the first time a judge had a choice in deciding the sentence for murder. Fabian Adiu Edwin, a 23-year-old construction worker from Sabah, was also given life imprisonment and 24 strokes for killing a security guard during a 2008 robbery.