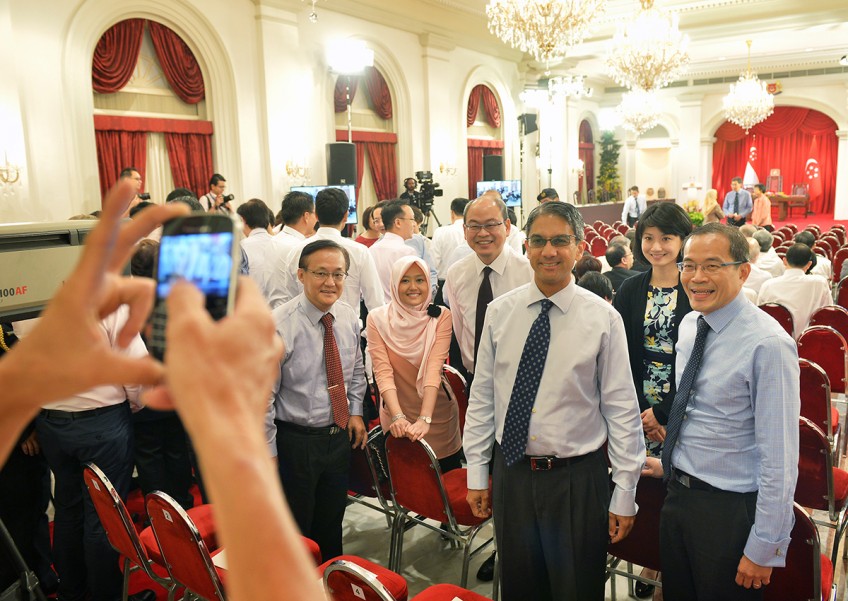 The minimum number of opposition MPs, including NCMPs, will also increase to 12 - from the current nine - from the next general election.

Speaking in Parliament, Mr Lee said the move would mean that NCMPs will be "equal in powers" - though not in responsibility and scope - to MPs. With this change, there will be no reason at all to perceive NCMPs as "second class", he added.

There are currently six elected opposition MPs from the Workers' Party (WP) and two NCMPs - Leon Perera and Dennis Tan from WP. The party's Lee Li Lian has turned down the third NCMP seat offered.

The NCMP scheme, introduced in 1984 after then prime minister Lee Kuan Yew argued for younger voters to be given a taste of opposition politics, awards seats in Parliament to the best-performing losing opposition candidates at a general election.

Under the current Constitution, NCMPs can debate in Parliament and are allowed to vote on all issues except for certain matters.

These matters are constitutional changes, supply and money bills, votes of no confidence in the Government and removing a president from office.

Explaining his decision, Mr Lee said the time was right to re-examine this issue, as Singapore was in a different phase of its political development, citing factors such as a possible leadership challenge within the ruling party.

"If we accept that NCMPs have as much of a mandate from voters to be in the House as constituency MPs, and more than party list MPs would in a proportional representation system, then even in a vote of no confidence and other restricted matters, NCMPs should be able not just to speak, but to vote," he said.

Given that at least 30 per cent of voters vote against the Government in any election, Mr Lee also said it was reasonable to ensure a minimum of 12 opposition MPs, including NCMPs, in a 100-member House.

When the NCMP scheme was first introduced, it allowed the highest-scoring losers to enter Parliament, if there were fewer than three elected opposition MPs. The total number was capped at six.

Changes to the Constitution and Parliamentary Elections Act, passed in 2010, guarantee a minimum of nine opposition MPs in Parliament after the polls.

If the opposition candidates win fewer than nine seats, NCMPs will be appointed from among the highest-scoring losers to make up the shortfall.

However, there is a cap of two NCMPs coming from any one group representation constituency (GRC). NCMPs must also get at least 15 per cent of valid votes.

While dismissing the opposition's claims that they were unable to put up a stronger showing in Parliament because they had too few MPs as an "excuse", Mr Lee noted that having more NCMPs will give the opposition more opportunity to show what they can do.

He added: "If, in fact, the NCMPs are capable and effective, the exposure will win them recognition and help them win a constituency the next time."