A family in Singapore are said to be tiptoeing around their home or risk enraging their neighbour who will pound on the wall that separates their apartments if he hears so much as a drop of a pen, Oriental Daily reported.

A housewife, who only wanted to be known as Ada, said their nightmare started two months ago, when their neighbour moved into the unit next door in Circuit Road.

Now the family is forced to whisper to prevent triggering their neighbour's manic episodes.

Even the sound of lights turning on can lead to violent pounding on the wall, claimed the 31-year-old. 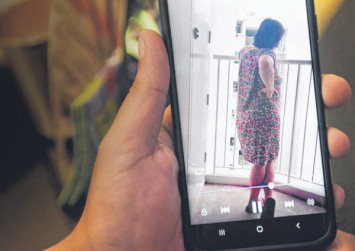 Ada is now so afraid of her neighbour's actions that she now chooses to go to the toilet in the dark.

"He does it almost every night. Sometimes he does it until morning. The pounding episodes could be as many as 20 times a night. I once asked him about it, and he claims he does it because it was noisy," she told Shin Min Daily News.

Ada has contacted the police about the incident and has started to get her neighbours to sign a petition against the man.

"We have three young children at home and they are startled from their sleep whenever he pounds the wall," she said.