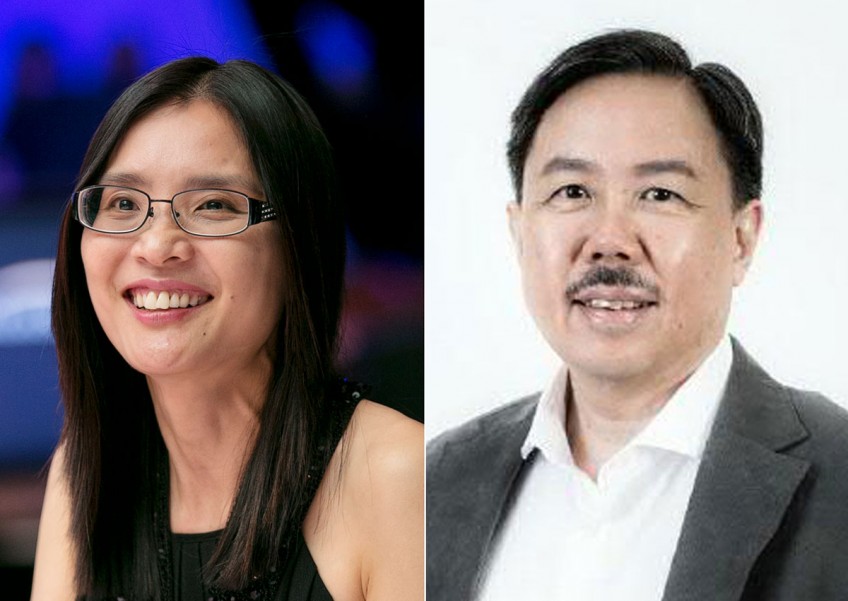 Ms Chang Hwee Nee (left), 54, will head the National Heritage Board (NHB) as chief executive officer from May 1. Mr Hugh Lim, 51, will head the Building and Construction Authority (BCA) as CEO-designate from April 1.
The Business Times, MCCY

Ms Chang Hwee Nee, 54, will head the National Heritage Board (NHB) as chief executive officer from May 1. She takes over from Mrs Rosa Daniel, 53, who was appointed CEO of the National Arts Council earlier this month.

Meanwhile, Mr Hugh Lim, 51, will head the Building and Construction Authority (BCA) as CEO-designate from April 1, before assuming the post on June 1. He succeeds Dr John Keung, 63, who will become dean of the BCA Academy.

Ms Chang, a former President's Scholar, has held senior positions, including in the education, health and finance ministries. She was also a member of the NHB board from 2009 to 2015.

The Ministry of Culture, Community and Youth (MCCY), which oversees NHB, said yesterday: "Ms Chang's leadership experience will be instrumental in leading NHB as it works with the ministry to draw up the long-term heritage plan for Singapore, strengthen the museum and heritage ecosystem, enhance the outreach to schools, and engage the wider community."

It added: "Her ability to work with multiple stakeholders will deepen engagement with heritage supporters from the people, private and public sectors, on Singapore's shared heritage and national identity."

In her current role as deputy secretary (planning) at the Ministry of National Development (MND), Ms Chang oversees a wide range of policies relating to land use, greenery, biodiversity, construction, built environment and food security. At the education and health ministries, she was involved in policy reviews ranging from pre-school to tertiary-level education, as well as healthcare financing and manpower.

As for Mr Lim, the former Singapore Armed Forces Overseas Scholarship recipient will leave his post as deputy secretary (community, youth and sports) at MCCY. A statement from MND, which oversees BCA, said that he "brings with him a range of operational and policy experience from his previous postings in MCCY, Ministry of Law and the Singapore Armed Forces".

At MCCY, he oversees a wide range of policies spanning sports, community relations and engagement, youth, charities and cooperatives. He also co-chairs the implementation committee for the sports blueprint Vision 2030.

"Mr Lim's leadership will be vital in steering the construction industry towards greater innovation to uplift the industry's standards and productivity," MND said.

Mr Lim's predecessor, Dr Keung, will leave his post after 11 years helming the BCA and implementing initiatives that, among others, raised productivity in construction sites. "Under his leadership, BCA established strong partnership with the industry to promote and facilitate the adoption of innovative construction methods. Singapore also became a more accessible, family-friendly and inclusive place," the MND statement said.

It added that the green building movement in Singapore also took off under Dr Keung's leadership.