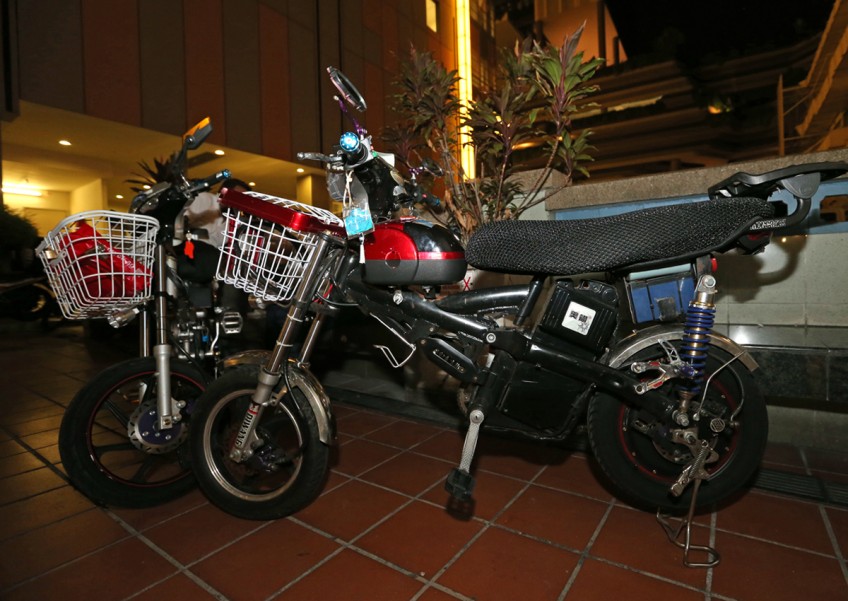 Tighter rules for motorised bikes may make the roads safer, but retailers say they could end up taking a knock as a result.

From Dec 1, new motorised bicycles must meet the European Standard EN15194 and not weigh more than 20kg. The maximum output of their motors will be raised to 250 watts from 200 watts. The maximum speed remains at 25kmh.

This will be accompanied by stiffer penalties, as the number of summonses for the use or sale of illegal motorised bikes rose from 11 in 2008 to 1,280 in the first 10 months of this year, according to the Land Transport Authority (LTA).

The fine for first-time offenders, such as those who use non-compliant motorised bikes, has been trebled to $300 and repeat offenders face fines of $500, up from $200.

While retailers were not too surprised by most of the new restrictions, they agreed that the weight limit of 20kg will pose a challenge.

"It's quite hard to have a bike at 20kg," said the manager of RR Motor in Geylang, who wished to be known only as Mrs Tay. Batteries for the bikes can weigh up to 15kg, while the frame of the bike can weigh around 10kg, she explained.

Mrs Tay added that, each month, the store orders up to 1,000 bikes and she fears that she cannot get existing stock approved in time.

Mr Chris Kuah, owner of A-Tech Bike Supply in MacPherson, said increasing the motor output from 200 watts to 250 watts could prove to be a good move as well.

"We had to specifically instruct manufacturers to cater to the Singapore market at 200 watts," he said. This could mean waiting three to four weeks for the stock to be prepared. Now, retailers can bring in the same item supplied to European countries, he explained.

Road users and cycling groups welcomed the tighter regulations, citing safety concerns as modified bikes can hit 80kmh, although riders need not have a riding licence.

The Sunday Times understands that some riders still modify their motorised bicycles illegally at specialised bike shops, at home on their own or in Johor Baru.

Some users feel that regulations should be improved further.

Dr Robert Liew, a motorised bike user of 15 years, hopes the LTA will allow riders to add a throttle - one of the most common modifications made currently, which allow riders more control over their speed.

The 66-year-old said: "Most e-bikes jerk to full power once pedalled, no matter how slowly or softly. There is no option to ride at half speed or slower."