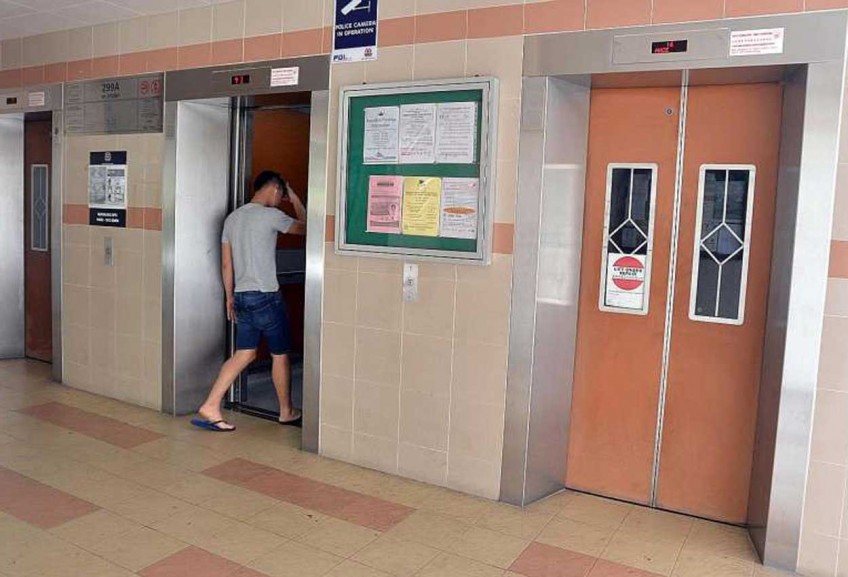 If money needs to be set aside to replace lifts, spending on other big-ticket items could be affected, say town councils.
The Straits Times

The new rule that requires town councils to set aside funds specifically for lift replacement will help ensure safer lifts for residents.

Together, these could affect the plans for other big-ticket items, such as the painting of blocks of flats as well as the repair and replacement of water tanks, they added.

For instance, such works may have to be postponed if funds have to be diverted for lift replacement even though there is no immediate need to replace the lifts, said Tampines Town Council chairman Baey Yam Keng.

He said the new rule is reasonable as "it is the duty of town councils to ensure lifts are well maintained". But the amount of service and conservancy charges (S&CC) a town council collects from residents and the grants it receives from the Government do not commensurate with the number of lifts it has to care for, said Mr Baey.

An estate with many smaller, say, two- and three-room flats will get more government grants for its operating expenses than an estate with more five-room flats, which are not entitled to any grants.

But all the lifts need to be maintained and eventually replaced, noted Mr Baey. "So if you cannot touch a sum of money for many years, it may affect the spending on other town council projects,'' he added.

Under the new rule announced by National Development Minister Lawrence Wong in Parliament yesterday, a bigger proportion of S&CC collected must be put into the sinking fund, which pays for the estate's long-term maintenance needs.

Also, a portion of the sinking fund must be earmarked for lift replacement only.

Now, around one-third of the S&CC is put into the sinking fund and there is no stipulation on how much must be used to replace lifts.

Mr Henry Kwek, Nee Soon Town Council's vice-chairman, said his town council will need to evaluate if it has adequate money in its sinking fund for the long term.

He also wants the Government to review the grants it gives for estate maintenance, taking into account the new rules.

Mr Wong indicated his ministry may lend a hand to town councils.

It is looking at the possibility of retrofitting lifts not due for replacement soon with safety enhancements. In general, lifts have a stipulated lifespan of 28 years.

But any such move "will require significant government expenditure", he added.

Mr Zaqy Mohamad, chairman of Chua Chu Kang Town Council, is concerned that lift companies will raise prices as they would need more workers to do more frequent checks.

He added: "There is a shortage of skilled manpower now. This means costs may go up for town councils at a time when we also have to set aside a bigger amount that can be used only for lift replacement.''

Man dies in lift mishap: 'One minute I was frying bee hoon for his birthday, next, he's dead'