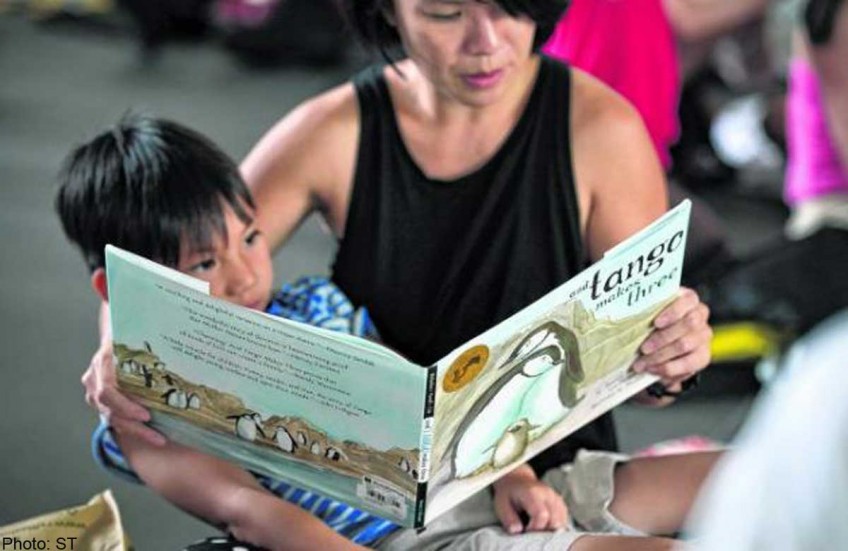 READING PROTEST: A mother reading one of the three banned books, And Tango Makes Three, during a reading session at a protest on Sunday against the NLB's decision to pulp the titles.

SINGAPORE - Communications and Information Minister Yaacob Ibrahim has instructed the National Library Board to place two controversial children's books in its adult section, instead of pulping them.

"Over the past week, there has been a vigorous debate on the National Library Board's (NLB) decision to withdraw the three children's books 'And Tango Makes Three', 'The White Swan Express', and 'Who's In My Family?'.

"Many objected to the idea that the books would be pulped after being withdrawn from circulation. I understand these reactions, which reflect a deep-seated respect in our culture for the written word. 'Who's in My Family' had already been disposed of as the title had been reviewed earlier. But I have instructed NLB not to pulp the two other titles, but instead to place them in the adult section of the public libraries. I have also asked NLB to review the process by which they deal with such books.

"The decision on what books children can or cannot read remains with their parents. Parents who wish to borrow these books to read with their children will have the option to do so."