It is not just Singapore’s businesses that could be coming out of hibernation in the coming weeks, going by what the city state’s political soothsayers are saying.

Doing the rounds in the chattering classes this week were predictions that Prime Minister Lee Hsien Loong may be eyeing holding a much-awaited general election in July – well ahead of earlier forecasts that he would do so only after the country’s National Day celebrations in August.

But with the real risk of a future wave of the Covid-19 pandemic and job losses worsening, the conventional wisdom now is that the prime minister – whose government’s term ends in January – will seek to dissolve parliament at the earliest opportunity.

Over the last few days, that window of opportunity has been sketched out by local media and political commentators to be mid or late July.

The Straits Times on Saturday suggested polling day could fall on July 11, after the dissolution of parliament on June 24 and a nine-day campaigning period beginning July 1. It said July 25-26 was an alternative window for the election.

By that point, Singapore would have entered the second phase of the government’s three-phased plan to fully reopen the economy following the coronavirus-linked partial lockdown in place since April 7. Phase one of the reopening begins on Tuesday.

Also fuelling the speculation of sooner rather than later elections were comments by the Deputy Prime Minister Heng Swee Keat, the designated successor to Lee, in a TV interview on Wednesday. 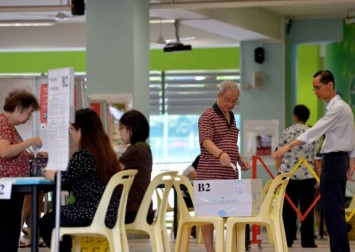 In the remarks following his unveiling of a fourth stimulus package aimed at curbing job losses, Heng said “elections are coming nearer by the day”.

He was asked if the ruling People’s Action Party (PAP) government would wait until phase three of the reopening plan before the polls were called.

Political analysts acknowledged that Lee’s final decision on the vote’s timing would be the sum of complex moving parts – a key component being his assessment on whether the coronavirus outbreak in the country is under control.

The situation has been stabilising over the last few days, with a record 1,337 patients discharged on Saturday. In total, 19,631 of 33,860 patients – mostly guest labourers – have recovered from the disease.

Party insiders previously told This Week in Asia preparations were under way for an election in early May, before that plan was called off in late March in the wake of the sudden spike in coronavirus infections in foreign worker dormitories.

The government subsequently announced the so-called “circuit breaker” measures that closed schools and suspended all but essential on-site work.

Still, the observers believed the current circumstances will lead Lee to the conclusion that there is no better window to hold the election. Waiting further, they said, carried significant risk as the pandemic is expected to last well into 2021.

The constitution stipulates that the election must be held by April, three months after the government’s term of office runs out.

While Singapore follows Britain’s Westminster parliamentary model, there are no restrictions on the prime minister’s prerogative powers to call an election any time within the government’s term of office.

In his three general elections as the PAP’s leader, Lee has maintained the party’s track record of keeping the exact timing of the polls under wraps until it is revealed in the official writ of election. 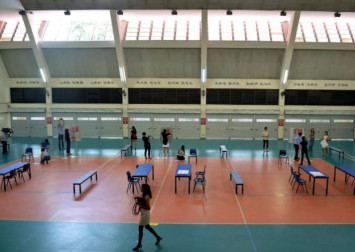 “It’s a case of Hobson’s choice for the government because it is either they hold the election amid the pandemic, or not hold the election at all, resulting in unnecessary political complications if it doesn’t take place before April 2021,” said Mustafa Izzuddin, an analyst with the Solaris Strategies Singapore political consultancy who closely tracks the island nation’s politics.

With job losses mounting, another fear is that voters may choose to use the ballot box to vent their frustration against the ruling party even though the labour market blood-letting was brought on by the pandemic.

A return to power is virtually guaranteed for the long-ruling party though a further loss of wards – six of 89 seats are currently controlled by the opposition – or a popular vote share of below 60 per cent is likely to be seen as a rebuke to Lee’s administration.

In the 2015 election held months after the death of Lee Kuan Yew, the current prime minister’s father and the country’s independence leader, the PAP won 69.9 per cent of the vote – a major feat even for a party that has held a parliamentary supermajority for decades.

While there are no public approval ratings for the PAP, a weekly tracking poll by the Singapore-based pollster Blackbox Research showed general satisfaction in the direction the country was headed in stood at 81 per cent in the week to May 22.

The figure fell to as low as 76 per cent in mid-April, soon after the lockdown was imposed.

“I worry about a July election as I think it is too early to declare that the health issues of Covid-19 are under control,” said Inderjit Singh, a PAP MP from 1996 to 2015. 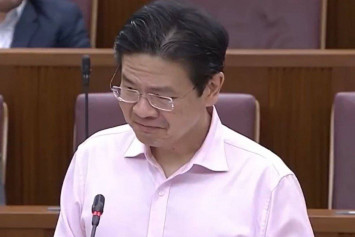 “But from the PAP’s perspective, they are looking for a good window of opportunity that will be advantageous to them as soon as possible,” said Singh, who represented the same group representative constituency as Prime Minister Lee.

“With the series of budgets that many Singaporeans are benefiting from, it looks like a good time before job losses and other issues become worse,” he said.

“The ground is also not going to get sweeter in the next one to two years, so I can understand from a political perspective why the PAP will want to rush the general election.”

Other political observers say the ruling party was likely to make two key arguments to justify such a move: that public health will not be compromised, and that the government urgently needed a fresh mandate to steward the troubled economy.

On the economic front, holding elections “signal to domestic and international investors that the PAP government is stable and has the legitimacy to implement pro-growth economic policies,” said Elvin Ong, a Southeast Asian politics researcher with the University of British Columbia.

Eugene Tan, a veteran observer of local politics and a law professor at the Singapore Management University, said it remained to be seen if the 2.65 million eligible voters would be convinced by the twin arguments. 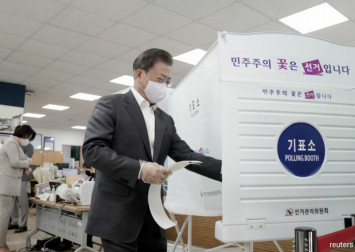 While voting is compulsory in the republic, there has traditionally been a tiny percentage of voters who choose not to do so – which makes them ineligible to vote in future elections unless they pay a $50 fee or have a valid excuse.

The analysts said one key area likely to be closely parsed were the special pandemic-time rules that the PAP and opposition parties are expected to abide by during the hustings.

The electric campaign rallies of tens of thousands of people that opposition parties tended to draw in past elections are not expected to feature this time around. Instead, MPs have been making preparations for virtual campaigning.

The Workers’ Party, the only opposition party with parliamentary seats, on Thursday issued a statement urging the government to urgently release the guidelines.

“Contesting parties should know the ground rules as soon as possible, in order to be well-prepared to offer Singaporean voters their best efforts at the polls,” it said in a statement.

The Singapore Democratic Party – one of the bigger parties among the 11 opposition parties – meanwhile asked for greater access to the national media long recognised for having a pro-government slant.

In response, the trade and industry minister Chan Chun Sing told local media on Saturday that the elections department needed to strike a balance between making information available and “prematurely” releasing guidelines that could be “overtaken by events”. 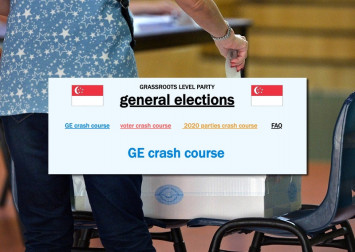 "I've asked [the elections department] to walk through the various scenarios and to see when possible we can share the rules and regulations with the parties and the candidates, to give them sufficient time, yet at the same time not have rules that may become invalid by the evolving situation,” said Chan, who speaks on behalf of the prime minister on matters concerning the agency.

Earlier this month, the government passed a new law specifically to address contingencies surrounding the conduct of an election during the pandemic.

Tan, the law professor, said the onus was on Lee’s administration to release the guidelines as soon as possible if the prime minister was set on a July election.

“This will also bolster public confidence that the general election will be conducted in a safe manner,” Tan said.

“The pandemic cannot be used as an excuse for the curtailment of election activities without mitigating measures put in place. There shouldn’t be a false choice between a safe election and Singaporeans being able to exercise their vote freely and fairly.”