No cloud seeding in Singapore: NEA 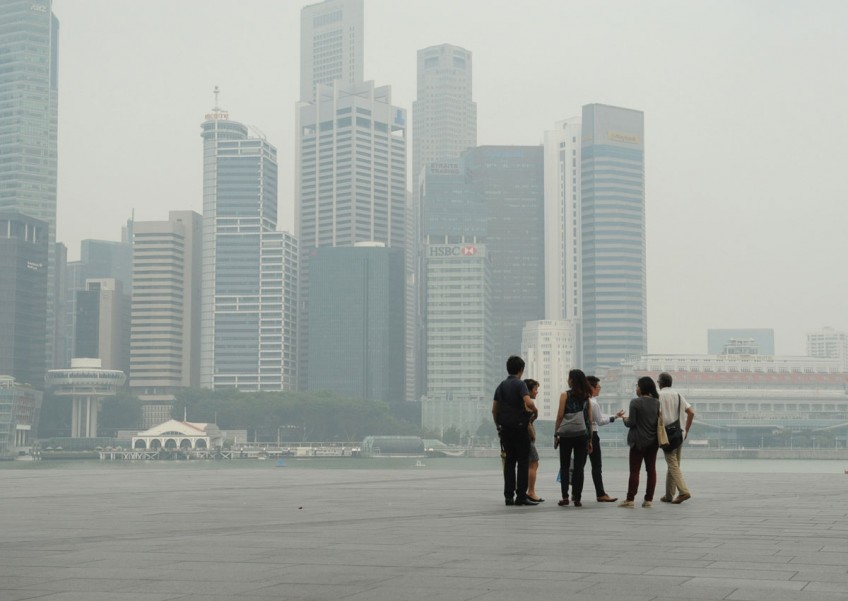 Cloud seeding to clear the air of haze has not and will not be done in Singapore as its effectiveness is doubtful, the National Environment Agency (NEA) said yesterday.

"Cloud seeding requires existing clouds as it cannot generate rain out of thin and dry air. During dry seasons, cloud seeding is less effective due to the lack of suitable clouds for seeding.

"The small size of Singapore and the variability of winds also mean that the induced rain, if any, may not fall directly over our island," said the NEA on its website.

Rumours have been swirling that cloud seeding is being done to reduce the impact of haze for the Formula 1 race this weekend.

The rumour, circulated on messaging application WhatsApp, also implied that the resultant rain was harmful, and urged people to keep away from "chemically induced rain showers".

Cloud seeding tries to induce rain by introducing chemicals such as silver iodide into clouds.

It has been conducted in Malaysia and Indonesia, where the choking haze has caused air quality to reach hazardous levels and has led to flight cancellations as well as school closures.

Minister for the Environment and Water Resources Vivian Balakrishnan yesterday called on Singaporeans to beware of "malicious people spreading false rumours during a period when anxieties are heightened".

He reiterated in a post on Facebook: "NEA does not engage in cloud seeding and has no plans to do so."

Erik Velasco, a research scientist from the Singapore-MIT Alliance for Research and Technology, told The Straits Times that while silver is considered a pollutant, its input by cloud seeding is negligible, compared to other emission sources such as refineries, power plants and vehicular traffic. It would also not cause acid rain.

Still, he said, he was glad to hear that NEA does not intend to seed the clouds, as it does not always result in rain. According to the United States National Research Council, its success rate is only 30 per cent.

He said: "It would be much more effective to invest in the development of a more accurate hotspot detection system and work with Indonesia to find a way to have updated concession maps."

The region is experiencing seasonal haze caused by illegal fires in peatlands and forests in Indonesia, started to quickly and cheaply clear land to fuel a growing demand for palm oil, pulp and paper.

In Singapore, rain and changing wind patterns have brought some relief to hazy conditions.

Air quality further improved yesterday, with the 24-hour Pollutant Standards Index (PSI) dropping into the moderate range after days of hovering in the unhealthy band (101 to 200).

As at 7pm yesterday, the 24-hour PSI was between 68 and 83, in the moderate range. The NEA said this was due to winds blowing from the southeast. It also noted a reduction in the haze over central and southern Sumatra, although it added that "some haze from Kalimantan has spread westward to the South China Sea east of Singapore".

For today, the 24-hour PSI is expected to be in the high end of the moderate range and the low end of the unhealthy range.