No more 2G network from April 1 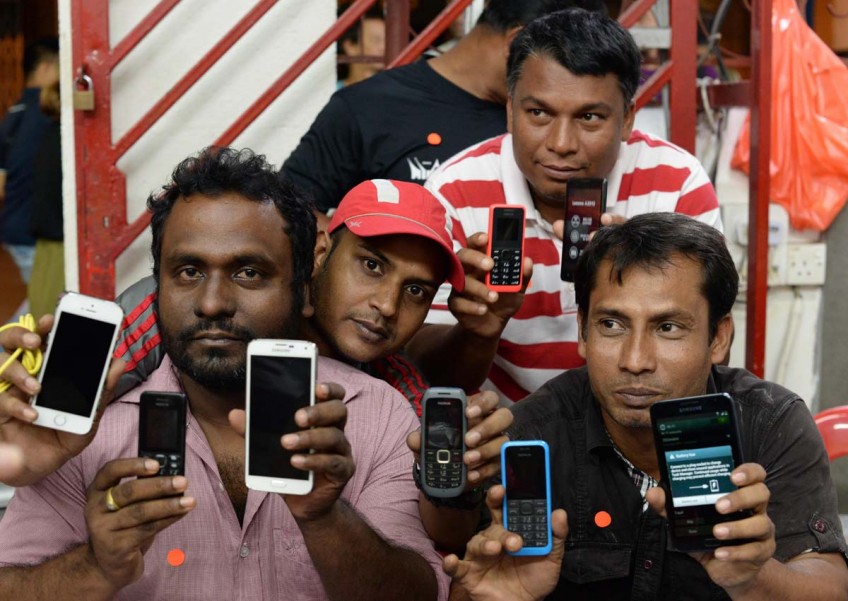 Workers under the care of the Transient Workers Count Too welfare group show off their new 3G phones and the 2G phones they had swapped them for, at a restaurant in Singapore.
AFP

2G mobile users are urged to switch to a 3G or 4G handset as soon as possible as the 2G network throughout Singapore will be taken down from April 1.

The shutdown by M1, Singtel and StarHub will be completed by April 18, said the three mobile network operators and Infocomm Media Development Authority (IMDA) today in a joint statement.

2G was first introduced to Singapore in 1994. Users will still be able to retain their numbers and subscription plan when they move on to 3G/4G networks at no extra cost.

IMDA also encourages friends and family of 2G mobile users, especially the elderly, to assist them in the transition.

Seniors can learn how to use a smartphone at courses organised at certain Silver Infocomm Junctions (SIJ), which are senior-friendly IT learning hubs located island-wide. The list of SIJs can be found at www.imda.gov.sg/SIJ

IMDA has worked with the network operators to ensure that a range of handset models are available to meet various customer needs, from basic models priced below $50 to feature-rich smartphones which cost more. Handsets with simple features similar to 2G phones that current users are familiar with are also available.

Said the statement: "In approving the mobile network operators' request for the cessation of the 2G network, IMDA took into consideration the evolving technology landscape and the migration of consumers to 3G and 4G technologies, which offer more service features and higher data speeds."