'No need to close pre-school' over TB 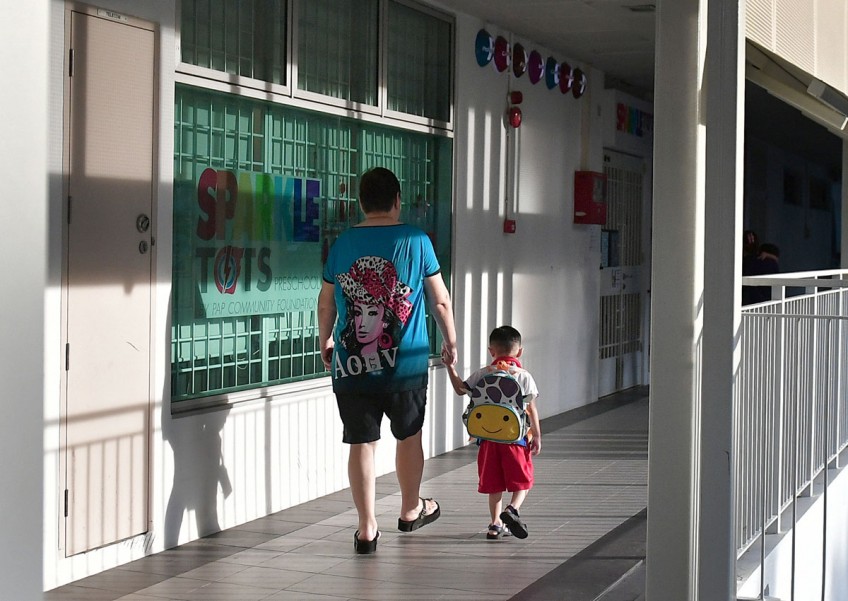 Several parents of children at the Clementi pre-school, where a staff member was found to have tuberculosis, wondered why they were informed of the incident only on March 10, when the TB Control Unit had contacted the school on March 3 and a site visit was conducted on March 6.
The Straits Times

There is no need to close the pre-school in Clementi where a staff member was found to have tuberculosis (TB), said Social and Family Development Minister Tan Chuan-Jin yesterday.

He assured parents that the TB Control Unit (TBCU) is taking "very active management" of the situation, and that it is under control.

As of Monday, 66 staff members and children at the PAP Community Foundation Sparkletots pre-school had been screened - 45 tested negative and results for 21 were pending. None of the 66 has active TB.

Speaking to reporters at the opening of a centre for the intellectually disabled, Mr Tan said TB protocols set by the Health Ministry, the Early Childhood Development Agency level and the pre-school level were followed.

While parents may be concerned, he added that TB is different from other diseases such as the hand, foot and mouth disease which is contagious and requires pre-schools to be closed in some cases.

TB is contracted only after prolonged exposure to infected patients. It cannot be passed through objects or surfaces touched by the patient. The staff member who had active TB was immediately put on medical leave on March 3 after being diagnosed.

Said Mr Tan: "Whatever measures that need to be taken will be taken, so I'd like to assure parents and staff that this situation is under control and we're managing it actively."

Some parents of children at the pre-school told The Straits Times they were still worried about their kids being diagnosed with latent TB.

Unlike active TB, the latent form of the illness has no symptoms and is not contagious. Both require treatment that takes up to nine months, and nine in 10 patients fully recover after proper treatment.

One parent who wanted to be known only as Madam Teng, 38, said her two sons, aged five and three, were diagnosed with latent TB after the mass screening. As TB is endemic in Singapore, the source of her children's latent TB might not be the pre-school staff member. She revealed that her 18-month-old daughter contracted latent TB last year and has a month of treatment left.

Some parents wondered why they were informed only on March 10 about the incident. TBCU had contacted the school on March 3 and, on March 6, conducted a site visit to identify who should be screened.

Said one parent, who declined to be named: "There was probably no risk once the affected staff member was put on leave but I would have appreciated it if they had told us as soon as they could."