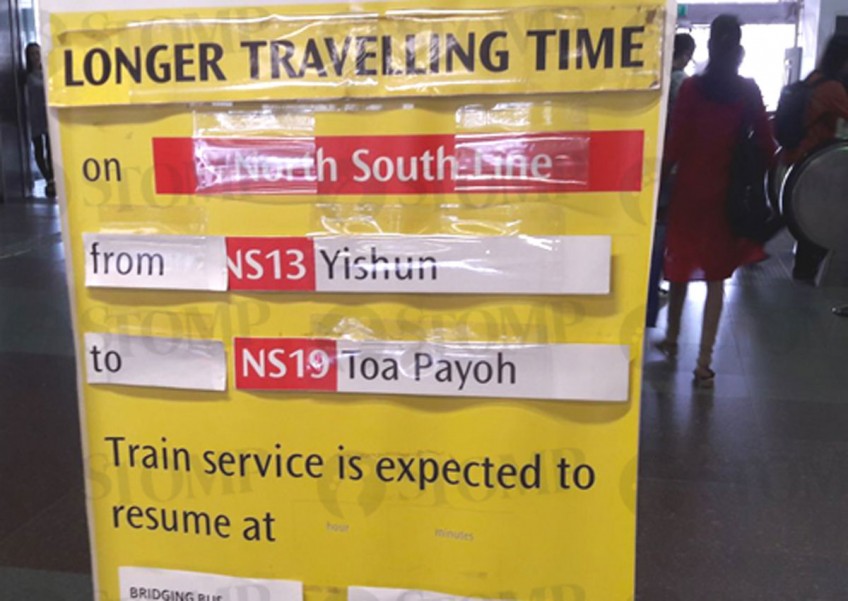 A track fault near Bishan MRT station resulted in delays for commuters travelling southbound from Yishun to Toa Payoh during the morning peak period.

The disruption was first announced by SMRT just before the start of train service at 5am, warning commuters of additional 20 minutes travelling time from Yishun to Toa Payoh.

This was later revised to 10 minutes in another tweet at 8.05am.

It was reported by The Straits Times that the fault occurred near Bishan swimming complex. Electrical arcing had caused the rubber insulator between the running rail to melt, resulting in a gap in the track.

In an update on 8.22am, SMRT announced on Facebook that North-South line trains towards the city had been travelling at a reduced speed from Ang Mo Kio to Bishan due to safety reasons since the start of service this morning.

It also said that the speed restriction was imposed over a 150 metre stretch of track between Ang Mo Kio and Bishan MRT stations.

A tweet by Twitter user @wuqinghe shows SMRT personnel on the tracks near what appeared to be a stalled train at Bishan MRT station.

Citizen journalism website Stomp was at the scene at the bus stop near Braddell MRT, where SMRT staff were seen helping to direct commuters at the affected stations.

Train service resumed later at 10.13am.

This incident comes just after the disruption on the East-West line on Oct 24, which was linked to a 'software fault on the legacy signalling system'.