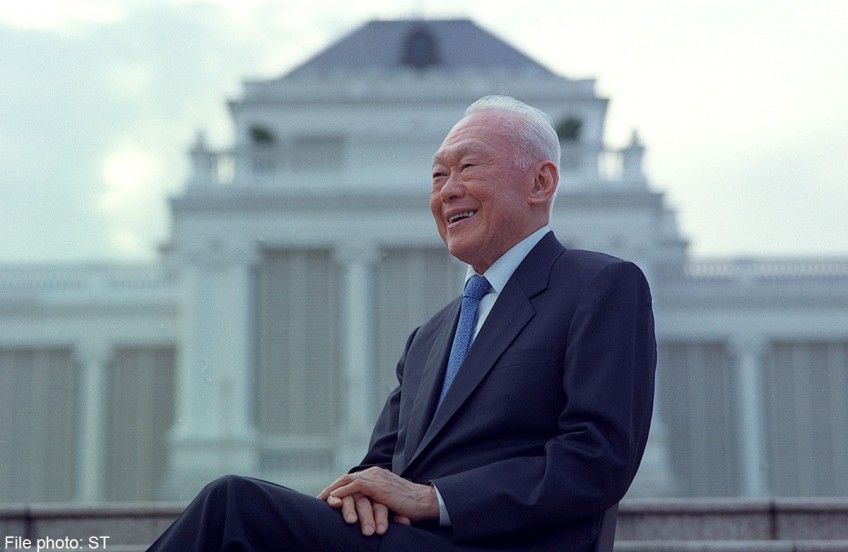 Many political figures and members of the public have been sharing their tributes of the late Mr Lee Kuan Yew on Facebook, who passed away on March 23 at the age of 91.

The former Prime Minister of Singapore certainly led an impactful life, considering the outpouring of condolences on social media.

AsiaOne did a Facebook search and here are the summaries of notable posts which have stood out for us:

Mr Heng served as Mr Lee's principal personal secretary from 1997 to 2000. In a lengthy post, he revealed that his former boss kept a red box close by. "Mr Lee Kuan Yew had a red box. When I worked as Mr Lee's Principal Private Secretary, or PPS, a good part of my daily life revolved around the red box. Before Mr Lee came in to work each day, the locked red box would arrive first, at about 9 am." "The Singapore he leaves behind is an influential force for stability and prosperity and a friend to the United States."

5. Former US secretary of state Henry Kissinger via Washington Post "A great leader takes his or her society from where it is to where it has never been - indeed, where it as yet cannot imagine being. By insisting on quality education, by suppressing corruption and by basing governance on merit, Lee and his colleagues raised the annual per capita income of their population from $500 at the time of independence in 1965 to roughly $55,000 today." " Mr Lee served in public office for almost his entire adult life. His passing marks an end of an era in Singapore’s history. His contributions to Singapore will be remembered for generations to come." "He has bequeathed a monumental legacy to Singaporeans - a safe, secure, harmonious and prosperous independent Singapore, our Homeland." "Mr Lee and his policies ensured that neither my background nor the colour of my skin, nor my religion, were hurdles in getting opportunities. I got a good education in a neighbourhood primary school, got into RI, got into law school and had no difficulty getting a job." "I did not always agree with him on some issues, but my respect for him increased with every passing day as I knew he had the interest of the Malay/Muslim community at heart." "His vision and commitment enabled poor families like mine to move up and give my children a better life today." "Even though away from his sight, I always took the opportunity to put the bags down and salute him, as his vehicle passed by. After all, I was a metre away, from a historical presence. For one last time, 'MM coming'.