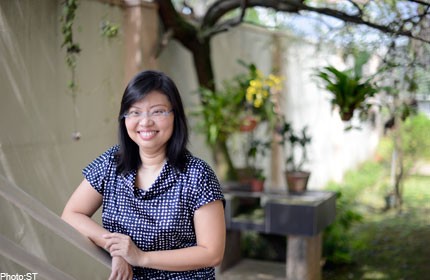 <p>NSP secretary-general Hazel Poa said in a statement on Monday night that her party "is troubled by what we see as the declining level of discourse in our politics recently".</p>

Responding to Prime Minister Lee Hsien Loong's statement on Friday, Workers' Party (WP) chief Low Thia Khiang said the party had already made its position known and did not find it "productive to continue" the argument.

NSP secretary-general Hazel Poa (above) said in a statement on Monday night that her party "is troubled by what we see as the declining level of discourse in our politics recently" and "a growing culture of partisan bickering".

The only instance she cited was last Monday's Parliament sitting when Minister for Environment and Water Resources Vivian Balakrishnan sparred with WP leaders Low Thia Khiang and Sylvia Lim over the cleaning of some hawker centres in Bedok.

The issue was whether Aljunied-Hougang-Punggol East Town Council had asked for extra payment to clean the high areas of these hawker centres.

Ms Poa called on both parties to focus on a thorough post-mortem of the matter.

She also called on them to debate further the newly introduced rules for news websites and Singapore's preparedness during the recent haze.

Giving her party's take on good leadership, she said it is about being honest and open about errors, and focused on problem-solving.

"That is the kind of leadership that Singaporeans voted for in the last general election, not what we have been seeing in Parliament of late," she said.

Elected MPs, she added, "have a duty to ensure that this time (in Parliament) is focused on discussing issues that matter to the people".