NTU to spend $75 million for new approach to learning 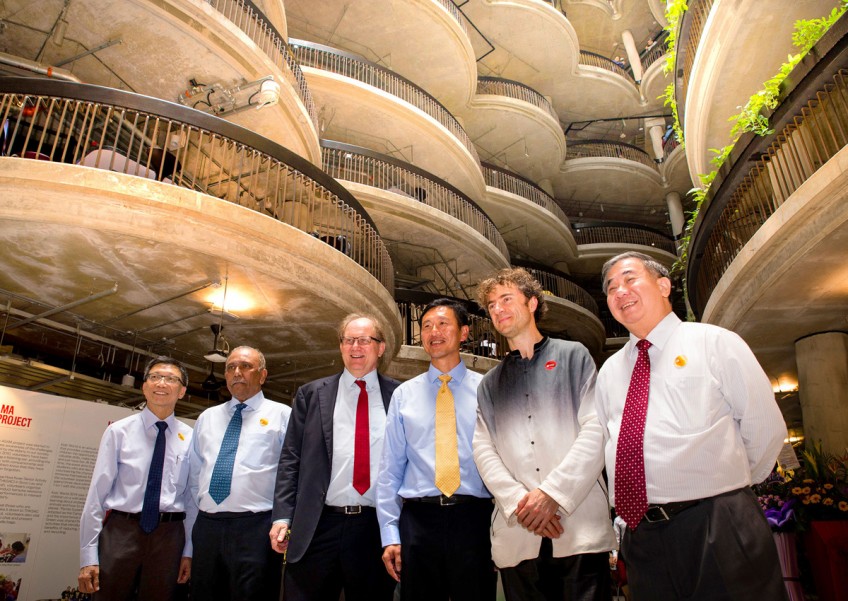 SINGAPORE - Nanyang Technological University (NTU) will spend $75 million on implementing a new pedagogy that is centred on team-based learning, the university announced on Tuesday (Oct 20).

The school launched its new learning hub, The Hive, to kickstart the new pedagogy in classrooms. In this new model of learning, students access course content on their own and the face time with professors in class is devoted to team-based learning.

NTU targets to convert at least 150 courses in the first year, with a third of them already completed. About 1,500 courses will be converted within five years using this new pedagogy.

Instead of traditional classroom layouts, The Hive consists of 56 curvilinear smart classrooms that are equipped with the latest technologies.  The school said that a second learning hub with more smart classrooms is being built and will be ready by 2017.

Professor Bertil Andersson, NTU President, said: "In education, we are going from Gutenberg to Google and the next-generation professor is Professor iPad or Professor Smartphone. Digital devices and online media have changed the way the young acquire knowledge. The Hive will reinvent the learning experience and also create a unique social space for students from all disciplines to interact."

The Hive was officially opened this morning by Mr Ong Ye Kung, Acting Minister for Education (Higher Education and Skills).

Students can also expect to attend talks, workshops, hackathons, debates, film screenings and performances at The Hive throughout the academic year.

The Hive is also the home ground of student-managed social enterprises that promote the spirit of voluntarism and social entrepreneurship, such as the Co-op cafe which serves healthy and affordable food.

It has a library that offers a broad-based Discovery Collection with 11,000 video titles and 1,200 books that will eventually grow to about 5,000.