NTUC, PA to stress need for calm, unity in case of attack 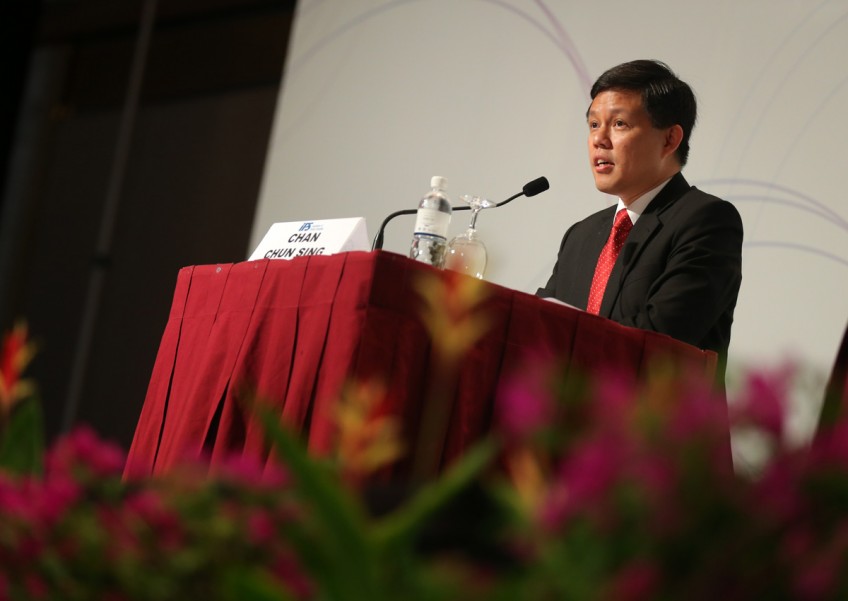 The labour movement and grassroots organisations will reach out to Singaporeans and foreigners working here to get across the message that should a terror attack happen, they must remain calm, help each other and pull together as one.

Labour chief Chan Chun Sing, who is also deputy chairman of the People's Association (PA), said this yesterday when asked by reporters about the response on the ground after last week's announcement that the Internal Security Department had late last year arrested 27 radicalised Bangladeshi workers planning armed violence abroad.

Mr Chan also said it is important that Singaporeans make sure "we resume life as normally as possible" after an incident.

"The greatest defeat that the terrorists can ever inflict on Singapore is one, to rob us of our normalcy, and two, to split our society. So long as we maintain our sense of normalcy and hold together as a society, then I think that the terrorists will not find it so easy to defeat Singapore and Singaporeans," he said.

Mr Chan, who is secretary-general of the National Trades Union Congress (NTUC), was speaking to reporters at the opening of a facility to help domestic workers at Goldhill Centre in Thomson Road.

The call for unity was also made by several ministers last week. Home Affairs Minister K. Shanmugam said that foreigners working here have no reason to fear tough action if they obey the law, but the authorities will come down hard should they engage in extremist activity.

Yesterday, Mr Chan said that since news of the arrests broke, NTUC and PA's network had gone around to get a sense of ground reactions.

They found there was a heightened awareness among Singaporeans of such security challenges, and that it was not just the job of the Home Team and Singapore Armed Forces to stay vigilant.

"Many people across all walks of life have now come to realise that this is a very real challenge that we must all tackle together," he said.

The NTUC and PA also found that, by and large, most Singaporeans are calm, but they too "want to know if there's something that they can do and should do in the unfortunate event something like that happens in Singapore".

This is why both organisations will emphasise the need to pull together and stay united. Mr Chan said it is also important to help foreigners here feel integrated and address their concerns, so that there is no room for any party to exploit any unhappiness they may feel.

"We may come from different backgrounds, we may have our differences, but let it not split us. The greater the challenge, the greater the threat to pull us apart, the greater must be our effort to try to understand each other and then pull together as a society," he said.

Mr Chan was also asked about concrete security measures, and said the Home Affairs Ministry will be announcing these in due course.

The important point, he said, was that everybody feels "we all can play a part in making sure that the terrorists don't defeat us by inflicting fear to disrupt our normalcy or by tearing us apart even without igniting a bomb".

This article was first published on Jan 25, 2016.
Get a copy of The Straits Times or go to straitstimes.com for more stories.