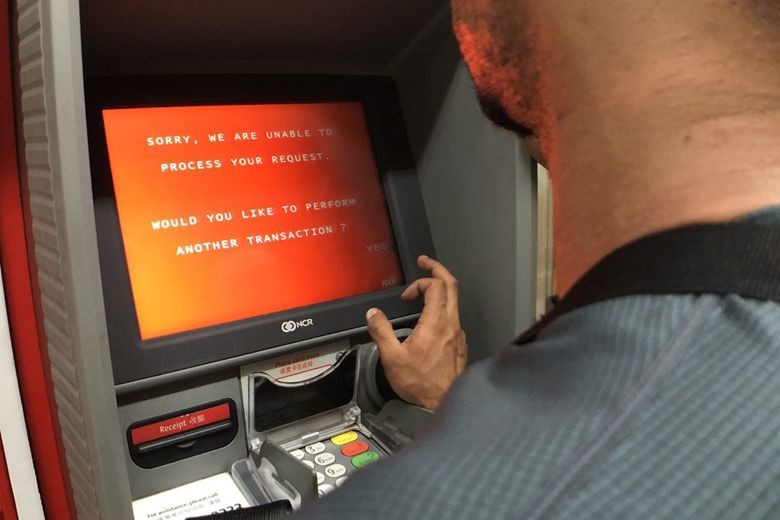 The services, which were affected intermittently from 8.45pm, were gradually restored after 11.30pm.

The bank said the disruption was caused by a technical problem.

"I would like to apologise to all our customers who were impacted by the disruption to our services that began intermittently at 8.45pm," said OCBC Group CEO Samuel Tsien in a statement.

"I sincerely apologise for the inconvenience and I am grateful for the patience and understanding of our customers. We are investigating the root cause of the technical problem," he added.

OCBC said its ATM services were restored at 11.32pm with the remaining affected services being progressively restored by 12.30am.

The bank posted on Facebook at about 9.50pm that it was "experiencing network issues".

"You may encounter issues with our ATMs, credit card transactions and online/mobile banking. We're looking into this. Will post updates as and when we have them. Sorry for the inconvenience!" the post read.

Around 9pm on Saturday, many users on various social media platforms began complaining that different aspects of the OCBC banking system were down.

Customers were unable to withdraw cash from OCBC ATMs or access their bank accounts via the online banking system. OCBC credit card transactions were also affected.

Some users were also unable to get through to the bank's 24-hour hotline.

The bank posted an update on its Facebook page at 11pm, saying that its systems are "gradually coming back online" and that everything should be back to normal by 11.30pm.

Mr Johnny Chan, 30, a systems programmer was one of many affected customers. He had dined at a Thai Express in Compass One shopping mall and tried to pay for his meal, which cost around $38 but all means of card payment - Paywave, Nets and Visa - did not work.

He said: "I had only an OCBC card with me so the manager allowed me to go to the ATM to withdraw money but the ATM declined my withdrawal too."

Mr Chan was greeted with a screen that showed the words: "Sorry, we are unable to process your request. Would you like to perform another transaction?"

He said that he took around 45 minutes to resolve the payment issue. "I had to call my wife to come over and pay for the meal for me. It was very embarrassing."

He added: "It is unbelievable that a major bank can have such an outage. After this, I feel like it is better to always have a second option when making payments like cash or cards from other banks."

Facebook user Wilson Tay said: "I also was briefly stuck at Sheng Siong as I only (had) OCBC cards and both were declined (at) the time.

"Luckily I had some cash to pay, otherwise it would have been awkward considering I cannot perform any withdrawal or even (perform a) balance enquiry at the ATMs either."