One runway may close for work in 2019 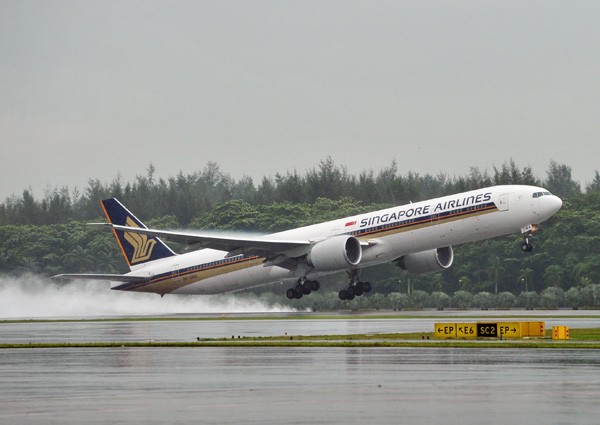 One of Changi Airport's two existing runways will have to be closed temporarily - in 2019 at the earliest - to support growth plans, The Straits Times has learnt.

Runway 2 will be closed when a third landing and take-off strip - being built on the other side of Changi Coast Road as part of the construction of the future Terminal 5 - is ready.

This way, the airport will continue to have two working runways to handle a growing number of flights.

A spokesman for the Transport Ministry said the plan is to have a three-runway system by the early 2020s. "This requires Runway 3 to be first completed and operational, after which Runway 2 will be closed temporarily, to allow for works such as underground tunnelling and the construction of additional rapid-exit taxiways."

It is not clear how long the runway will be closed. During the closure, travellers can expect some delays getting to and from the runway and terminal buildings.

The plot of land where the third runway and other facilities are being built is about 1.6km away from the current airport premises.

To make the transition from two to three runways, Changi Airport has roped in British firm Nats, which provides air navigation services for London's Heathrow Airport. Nats will also help Changi Airport beef up other capabilities, for example, by training its air traffic controllers.

The firm's managing director for services, Ms Catherine Mason, told The Straits Times recently that with any expansion, there would be some temporary inconvenience for users.

"Whenever you build, there is always going to be an element of disruption and change... This is true for any airport," she said.

However, with good planning and execution, inconvenience can be minimised, she said.