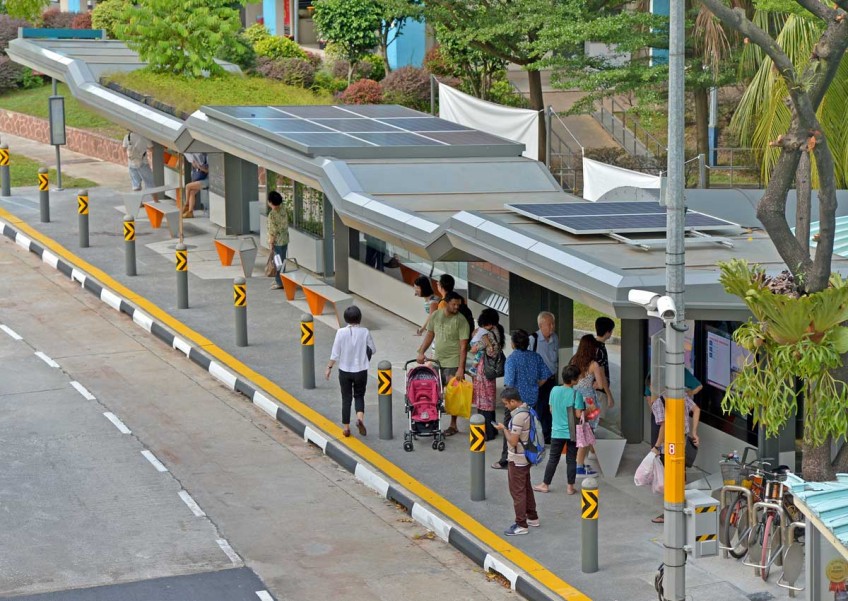 Parents with young children welcomed the move to make travelling on public transport more convenient. The initiative is part of ongoing efforts to make the transport system more accessible.
The Straits Times

Commuters travelling on buses with children will not have to fold their strollers from April 2.

He added, however, that parents will have to take responsibility for the safety of their children, including holding on to the open strollers.

A restraint system to secure strollers will be tested on one bus service - which has yet to be announced - from the second quarter of this year. The Land Transport Authority (LTA) said open strollers carried on board buses should be no larger than 120cm in length and 70cm in width.

They should also not be placed where they will obstruct the entry or exit of passengers, such as in the aisles or on the upper deck of double-decker buses. Strollers should be placed in designated wheelchair space, but wheelchair users will be given priority, said LTA.

Bus drivers may also request that open strollers in these spaces be folded when passengers in wheelchairs board.

"This is good news for me as I have to take the bus with my baby almost every day," said housewife Thu Lan, 29 .

She added that she had once been asked to leave a bus as she had taken her one-year-old daughter, who was asleep, on board in an open stroller.

Mr Ng said the future transport system will be more inclusive and must be designed "thoughtfully" to serve the needs of those with disabilities, families with young children, and the elderly.

Initiatives such as making all MRT stations and bus interchanges barrier-free, and efforts to make all public buses wheelchair-accessible by 2020 have helped make public transport more accessible so far. But Mr Ng said there was still room for improvement.

In response to queries from Ms Sylvia Lim (Aljunied GRC), Mr Ng said more spaces for wheelchairs and strollers would be available on future buses.

For those with visual disabilities, the LTA will begin testing audio announcements on buses.

Due to its proximity to the Enabling Village, Redhill MRT will be used as a test bed for new mobility technologies and infrastructure to improve access to public transport for those with disabilities.

"The journey from Redhill station to the Enabling Village is also a challenge for persons with disabilities, because of the hilly topography and the 400m distance," noted Mr Ng, adding that he has "challenged" the LTA and SG Enable to improve this last-mile stretch for them.

Several other accessibility initiatives will also be expanded.

By the end of next year, 24 more pedestrian overhead bridges will be installed with lifts, in addition to the 23 already completed.

Mr Ng said the Silver Zone programme - aimed at allowing elderly and disabled pedestrians to cross roads safely - will be expanded to another 41 locations, up from nine now.