Opposition pays tribute to man who 'sacrificed much for us all' 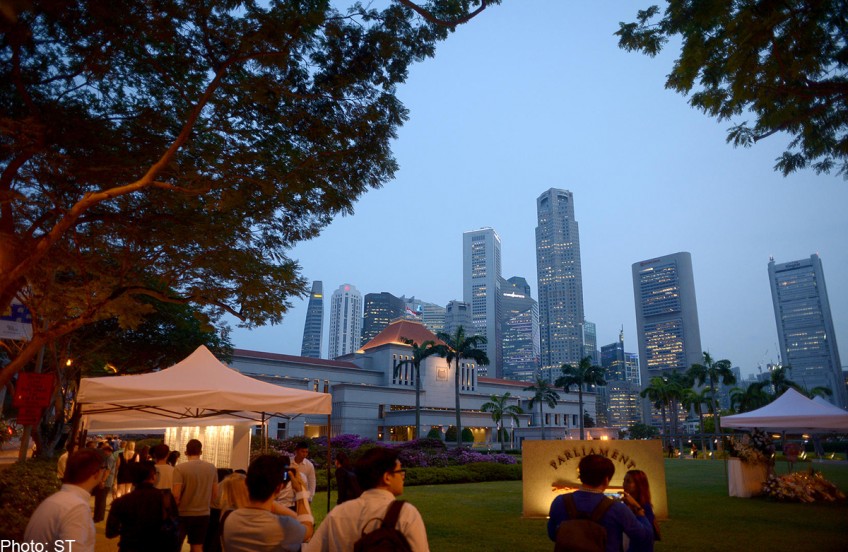 POLITICAL party rivalry took a back seat yesterday as the Workers' Party sent its condolences to Prime Minister Lee Hsien Loong on the death of his father, Mr Lee Kuan Yew.

In a letter to PM Lee and his family, WP chief Low Thia Khiang said: "His passing marks the end of an era in Singapore's history. His contributions to Singapore will be remembered for generations to come."

The elder Mr Lee, who was a founding member of the People's Action Party, died yesterday at Singapore General Hospital where he had been under intensive care for severe pneumonia since Feb 5.

Tributes poured in soon after from opposition politicians, who acknowledged his sacrifices for Singapore even as they pointed out that not all agreed with his ways.

Democratic Progressive Party (DPP) secretary-general Benjamin Pwee said: "All great leaders are ultimately human, and much can be said both good and bad about the man.

"But at this time of national mourning, let's remember and celebrate the good he had done for us as Singaporeans, and give him the credit that is due. He had sacrificed much for what he had believed in, and to give us all a life."

Singapore Democratic Alliance chairman Desmond Lim Bak Chuan shared these views. He said that while Mr Lee's decisions had sometimes been criticised, they were made "to suit the needs of that time".

The National Solidarity Party, lamenting Mr Lee's death, said he "had contributed significantly to the growth and development of our country".

Others had words of comfort for PM Lee and his family.

The secretary-general of Singaporeans First Party, Mr Tan Jee Say, said "we join in the nation's grief over the loss of her most famous son".

He also asked PM Lee to take comfort in the knowledge that the elder Mr Lee had "re-united with" his wife Kwa Geok Choo, who died in 2010.

Singapore Democratic Party's secretary-general Chee Soon Juan, in sending his party's "deepest condolences" to the Lee family, said: "In this time of personal grief, our thoughts are with you."

Reform Party chief Kenneth Jeyaretnam, son of the late opposition politician J.B. Jeyaretnam, said: "It is natural that Singaporeans will feel that a part of Singapore has died with him."

He added: "Rest in peace. My thoughts are with his family."

Meanwhile, London-based political exile Tan Wah Piao said in a Facebook post that Mr Lee would be "remembered as an accomplished dictator who maintained a veneer of democracy".

Mr Tan also said that with Mr Lee's death, people would be free of the "fear of political persecution" that "crippled the citizens and residents in Singapore like no other country in the developed world to the extent that even the very rich, the very clever, and those in high political office shy away from expressing dissent".