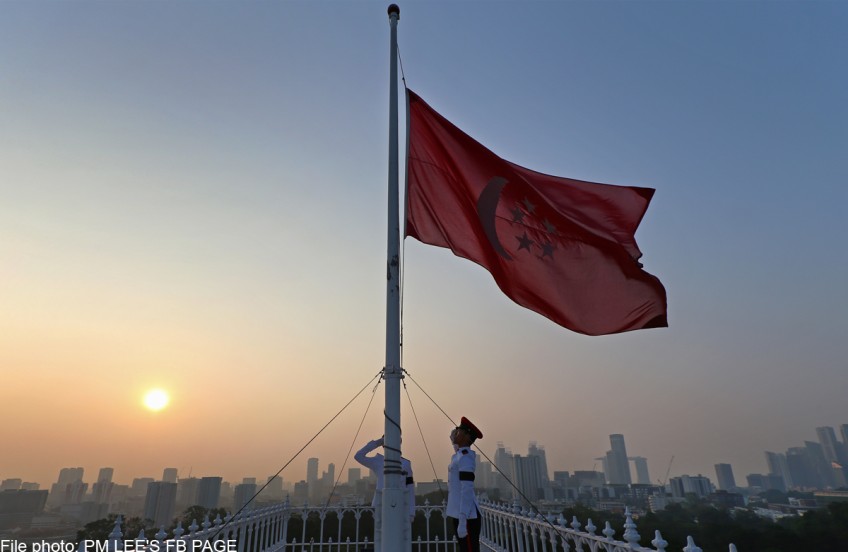 I HAVE done several books on Lee Kuan Yew but there was one which never saw the light of day. It was tentatively titled Lee Kuan Yew: What Keeps Him Awake At Night.

I had wanted to do it after one discussion with him in early 2002 when he spoke forcefully about the threat of global terrorism after the September 2001 attacks on the United States. He saw the impending war between the West and Al-Qaeda in almost apocalyptic Cold War terms and was especially concerned about how it would affect Muslim countries in our region.

When I sent him an outline of the book, which would include other issues confronting Singapore, such as the competition from China, he had one question: What if what he had to say was so dark and gloomy that it demoralised Singaporeans and hastened their emigration?

In the end, he decided against doing the book, preferring to keep those ominous thoughts to himself.

But he was wrong on global terrorism and it didn't turn out the way he feared, not yet at least.

Mr Lee was not right on everything and his critics will say he was wrong on many.

But it didn't matter to him. He was not in it to win arguments though he was famously adept at it because he was not above intimidating his opponents into submission.

He was in it to ensure Singapore survived and prospered against the odds.

And on this, he was willing to take on all comers.

Mr Lee's achievements are well known and the accolades will pour in over the next few days: He transformed Singapore from Third World to the modern thriving city it is now and uplifted the lives of an entire generation.

What accounts for his extraordinary success? There are many reasons, and entire books have been written about the man.

For me, his enduring legacy was that he had big ideas for Singapore and he wasn't afraid to implement them.

It is fashionable today to say that it was easier for the government in the early years to implement its policies because life was simpler and the people easier to govern.

Those who say this forget how improbable the undertakings must have seemed at the time.

How large and incredible?

He wanted to solve the entire housing problem by building public flats for more than 85 per cent of the people, most of whom had never owned a roof over their heads.

He wanted every male citizen to serve in the army for at least two of their best years, most of whom had never touched a rifle before.

He wanted to bring in foreign multinational companies here when most people believed they would exploit workers for their own profit.

He wanted to eradicate corruption in a country sitting in the middle of a region in which it was endemic.

He wanted to make English the common language when most of the people then couldn't string a complete sentence together.

He wanted to build an improbable nation of disparate people with different cultures, languages and religions.

Any one of these projects alone would have required a lifetime of courage and commitment. But do them all together?

Mr Lee took all of them on soon after Singapore was expelled from Malaysia, and he was fortunate to have had a unique team led by his deputy, the late Dr Goh Keng Swee.

Seen in today's context when many governments lack the vision and energy to do the really bold things, what he did seems larger than life.

What made him embark on such wholesale changes in such rapid fashion?

Perhaps it had to do with becoming the leader at a relatively young age - he was prime minister of independent Singapore at 42.

That's when most promising People's Action Party politicians today are being inducted into government as acting junior ministers still wet behind their ears.

But it is one thing to have big ideas, quite another to be able to carry them out.

That required another big idea: Near total control of all the important levers of power, including Parliament, the media, the educational institutions and large parts of the economy.

He set out to achieve this domination with his trademark determination. When I asked him in an interview for the book Lee Kuan Yew: The Man And His Ideas how he would describe himself, he singled this out as his most distinctive trait: "I'm very determined.

If I decide that something is worth doing, then I'll put my heart and soul to it. The whole ground can be against me but if I know it is right, I'll do it."

Singaporeans knew exactly what he meant because they felt the force of his conviction and personality over a lifetime.

From the interactions I had had with him over the course of writing those books, he was more intense than anyone I've met. There was never any small talk and he was always trying to win you over to his point of view.

But this desire for control also made him the target of much criticism. His detractors say he overdid it and stymied Singapore's development as a progressive society in step with its economic progress.

Could he have loosened the tight rein he held for so long?

With the benefit of hindsight, the loosening up we are seeing today could have taken place earlier.

Only Mr Lee, given his enormous influence even when he was no longer prime minister, could have initiated a move to open up the political space in line with changing expectations.

Then the younger leaders would have a longer time to develop the instincts and reflexes needed to respond to a more diverse electorate who want a more competitive political landscape.

As it is, the current leaders have had to play catch-up and have yet to develop the skills to operate effectively in the new environment.

But if Mr Lee was a bulldozer, it was a values-driven one.

He liked to say that he was a pragmatist, that for him what mattered was whether it worked.

It isn't strictly true. When he embarked on those large undertakings, they were driven by what he personally believed in.

Why does everyone need to own a home? Because if every Singaporean has one, he has a vested interest in the stability and prosperity of this place.

Why is public welfare kept to a minimum? So as to encourage self-reliance and hard work.

Why does Singapore need to be so tightly governed? Because only the best should govern this exceptionally vulnerable country.

Even in his last years, he tried to ensure these views would prevail when he set them down in the book Hard Truths.

Pragmatic policies can be copied by future generations if what matters is only whether an idea works.

But the values that define a society are much more complex. They need to be worked at, even fought over and eventually embraced by the people.

Mr Lee shaped Singapore not just through the policies he pursued but also through the values he believed in.

But when circumstances change as they have done in Singapore, what happens to those governing principles? Should they change, or are they permanent because the fundamentals that shape Singapore have not changed?

These questions won't matter to him now, but they will for his successors.

Will the post-Lee era bring forth big ideas on this values front?

By another big-idea leader?